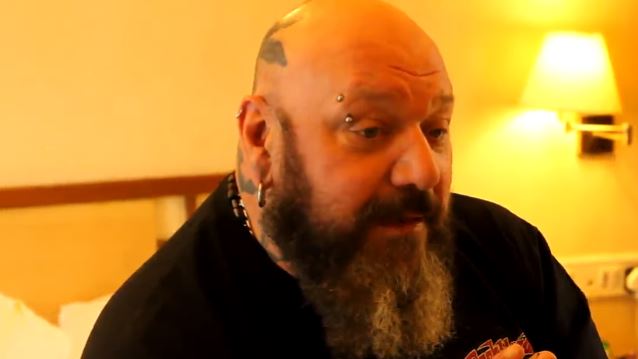 Former IRON MAIDEN vocalist Paul Di'Anno spoke to CityShor Pune about his life, music, drugs and moshpits in India. You can now watch the chat below.

Di'Anno, who fought a long battle with drug addiction before finally becoming sober, was in Pune, India this past May to perform at a concert organized by Pune-based organization Fight Against Narcotics.

Speaking out against drug abuse, Di'Anno said: "You might have a good time when you're taking drugs at that time, but later on, it will catch up with you. Look at the state I'm in. You can end up in real bad trouble. You can lose everything — your families, your wife and kids, your business, your money… everything. I was never in that kind of condition, but you take it one day at a time. So make kids aware of this. It's not big, it's not clever taking drugs; it really isn't. And if I find out my children are doing it, I will kick their arses."

Di'Anno echoed those sentiments in a separate interview he gave to The Times Of India earlier in the year. He said: "As much as what harm drugs cause you, what they do to your family is worse. I have seen a lot of people lose everything they had money, a home and even their family because of drugs and feel it's not worth it. The reality is that you can never be completely cured of them. Even today, I am in recovery. There are moments I slip too, but then feel twice as guilty later. It is my children who have pushed me to stay off drugs and I will do it for them."