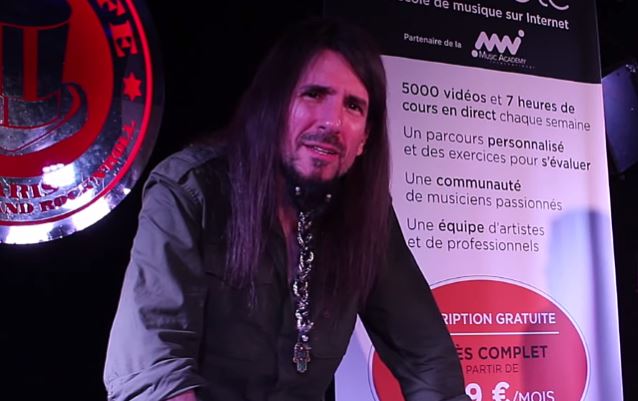 Speaking about his early motivations for playing music, Thal said: "When I started, I had very little concept of money or fame or girls or attention or this or anything… None of that stuff. It was all about just getting so much from the bands that you idolized and being so inspired by it that you wanted to give that back. So, you know, as a seven-year-old kid, I'm not thinking about money; I'm just thinking about making band logos and making a cool show in my basement for the neighbors and things like that. And nothing has really changed. It's the same thing; it's just… the proportions sort of… everything grows. The shows get a little bigger from the basement… sometimes not. [Laughs] But, yeah, you're just doing the same thing that you've always done. And the things that come into play are just life things. It's not about music, it's not about… I need to make money for music, it's just, I need to pay bills, so I need to make money, and you find a way to do that, however you need to — whether it's from making music or not. Either way, you've gotta take care of your life and you have responsibilities and you need to be responsible. So you do that."

He continued: "Music is your passion and your love, and you still have this desire to share it with as many people as you can and reach the point that your inspirations have reached. Just try and dig as deep as you can to make the most meaningful music to you and to others. And, ultimately, what I've learned is that it's not up to you — it is not up to you. What is going to happen is up to the rest of the world. All you can do is just make the music that is honest. And if the world likes it, great. If some people like it, great. If a lot of people like it, great. Either way, you can't take it with you when you're dead. So just do that. Take care of yourself the best you can so that you can take care of others the best you can. And whatever's gonna happen with your music is gonna happen. And that's it."