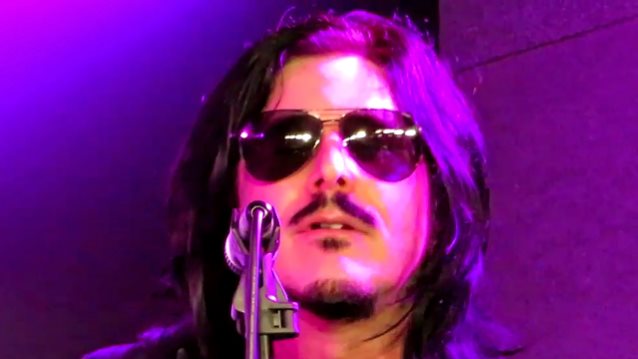 MzHollywood has uploaded video footage of former GUNS N' ROSES guitarist Gilby Clarke performing a cover version of the Bob Dylan song "Knockin' On Heaven's Door" (which has been famously covered by GUNS N' ROSES) at the Korg booth at the 2017 NAMM show, which was held this weekend at the Anaheim Convention Center in Anaheim, California. Backing Clarke for the performance were JANE'S ADDICTION drummer Stephen Perkins and bassist/vocalist EJ Curse.

"It has been a long time since I've put out a Gilby Clarke solo record," Gilby said in an interview last August. "So I just thought it was time. It had nothing to do with GUNS N' ROSES. It was just... I noticed when I've been talking to people out on the road that I haven't made a record in a long time. So it's time. And I finally have a good collection of songs that I really like, and I think they should be out. So I'm working on that."