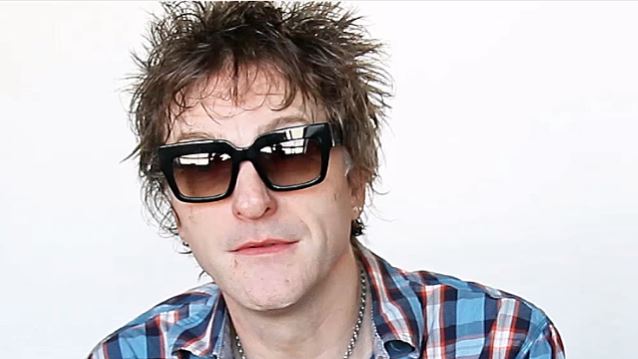 During a brand new interview with Music Aficionado, former GUNS N' ROSES bassist Tommy Stinson, who was in the band from 1998 until 2014, was asked if he thought that version of GUNS got a fair shake from fans. He responded: "I do. You have to look at what we were selling them, and that was the main voice of GUNS N' ROSES and an entirely different lineup, and a lineup that changed a few times.

"To be perfectly honest with you, they came out in droves to see Axl Rose. He's the man who was the front guy of the whole thing. I think the fans were more than ingratiating to us. I still get people Facebooking me and saying, 'Oh, man, we really loved you in the band. Thank you for keeping it going for all those years.'"

Stinson also talked about Rose's reputation for being hard to work with and unreliable.

"People ask me all the time, 'Is he really an asshole?'" Tommy said. "No, he wasn't; he's actually a pal of mine. We had a good working relationship. It wasn't always easy, but neither is a marriage, or any other relationship you have that's long lasting. There are things going on, bumps and all that. But for the most part, he was great to me. All the stories you heard are completely blown out of proportion, as far as I'm concerned. His reputation was a little more mythological than actual reality."

Asked if it wasfrustrating for him to spend so much time working on GUNS N' ROSES' 2008 album "Chinese Democracy", Stinson said: "After a while, it got to be a little arduous, with so many record company people coming and going. It kind of made it hard to focus on how to finish the damn thing. And [Interscope Geffen A&M chairman] Jimmy Iovine would throw people at us. It got to be kind of screwy. To my mind, that record company part of it was the reason it took so long. We didn't get the help we needed from the top."