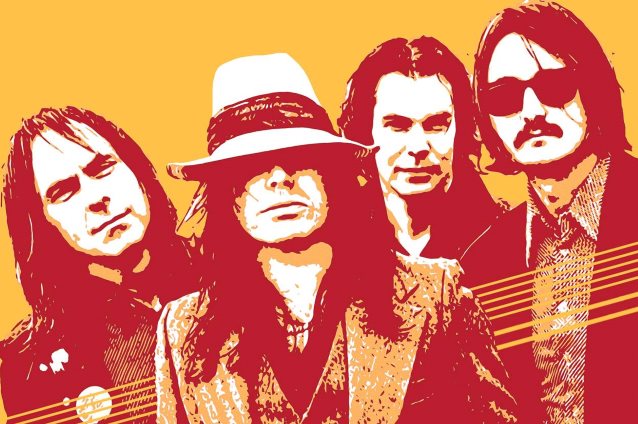 IMPERIAL STATE ELECTRIC, the Swedish rock band led by THE HELLACOPTERS architect and former ENTOMBED drummer Nicke Andersson, will release its fifth album, "All Through The Night", on September 23 via Psychout Records. The follow-up to last year's "Honk Machine" was recorded in Andersson's studio The Honk Palace and was mixed by Frans Hagglund (SAMLING, LAST DAYS OF APRIL, THE HIVES).

A single featuring the new track "Read Me Wrong" was released as a 12-inch vinyl on May 13. It included two exclusive tracks, "I Know You Well" and "Just A Little Misunderstanding" (a THE CONTOURS cover).

The limited time period between "Honk Machine" and "All Through The Night" poses the question, and rightly so: how has the band found time and creativity to record yet another album? Nicke's answer is clear: "We play rock 'n' roll music. If it takes four years to make a rock 'n' roll record, then you have most likely over analyzed an art form that is more about gut instinct. It should feel and this record feels good."

According to a press release, IMPERIAL STATE ELECTRIC proves on "All Through The Night" "that they have raised their game another notch. Sure, they subscribe to the school of 'less-is-more' greats like CHEAP TRICK, THE CLASH, Tom Petty and the RAMONES, but somehow they manage to make this fresh and vital as opposed to retro and overdone. On 'All Through The Night', the band is everything and a little more than what you can ask of a rock album, whether the year is 1967, 1978 or 2016." 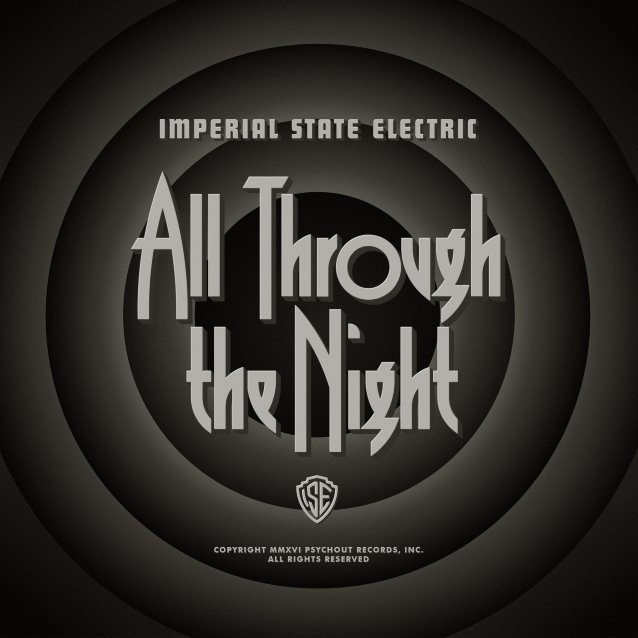