Guitar community Sevenstring.org recently conducted an interview with former EMPEROR vocalist/guitarist Ihsahn. A couple of excerpts from the chat follow below.

Sevenstring.org: When I first started preparing for this interview, it dawned on me that, for a guy who's only in his thirties, you've already achieved an amazing amount as a musician. How does it feel to know that you've recorded albums that have defined a genre and are now regarded as classics?

Ihsahn: In general, I think I've been very lucky having had this as a career since I was 16 when we signed to Candlelight in 1991. Very lucky considering; I'm from Norway (which in itself does not spell out "potential international music career") and I started my career by playing one of the most infamous and uncommercial forms of music to date. Things are different now, but 1991 was death metal era, and black metal was close to nothing. Getting back to your question; it is a double-edged sword, I guess. I am, of course, proud of previous albums and things I've achieved. However, with EMPEROR kind of living a life on its own, it is sometimes like being my own little brother, with all my current work being compared to things I did as a teenager. At 32 I do not feel retired, I am just as passionate about my music as I ever was and I still believe my best is yet to come!

Sevenstring.org: Is there any truth to the rumor that Ross Robinson [KORN, LIMP BIZKIT, SEPULTURA, SOULFLY] was in talks to produce the ill-fated fifth EMPEROR album? He seems like an odd choice, to say the least.

Ihsahn: There has been many rumors concerning that. He came backstage after a show in L.A. in 1999, together with Casey Chaos from AMEN, and said he would love to work with EMPEROR. However, we always liked doing the decision making on our own, so we said, "No, thanks." To this day, I've never worked with a producer, though I try to be one myself, I guess. Apparently, Ross got hate mail for even suggesting working with EMPEROR, which is kind of stupid, as in all black metal ideology fairness, I think we were capable of deciding who and who not we wished to work with.

Sevenstring.org: What's it like to work with your wife on projects like PECCATUM? One would imagine that it presents certain unforseen challenges.

Ihsahn: I'm blessed with a marriage that includes my best friend and my best colleague. I'm probably not the easiest person to be around in the studio but she has a way of getting the best out of me. We run things by each other whether we work on the same thing or separate albums.

Sevenstring.org: Is it difficult to know when a band or project needs to be put to rest?

Ihsahn: It's difficult all the way to the point where you make the decision. After that, I've had no regrets. The most important thing is keeping your heart in the work you do and not lose that by trying to do what everyone else thinks is right.

Sevenstring.org: In general, who would you cite as your biggest guitar influences? Any guilty pleasures?

Ihsahn: There was of course no internet or similar sources for material when I started out playing, but I think I probably learned more from picking out things by ear instead of getting the tabs served all the time. I had the tab book for IRON MAIDEN's "Seventh Son..." album though, and I remember playing along to that for hours after school. Later I also got [Yngwie] Malmsteen videos etc, but never got around to really focus on the shredding as I was always more into writing the songs. In terms of guitar style, my biggest influence has been Andy La Rocque [KING DIAMOND] with his choice of notes but most importantly his passionate way of playing.

Read the entire interview from Sevenstring.org. 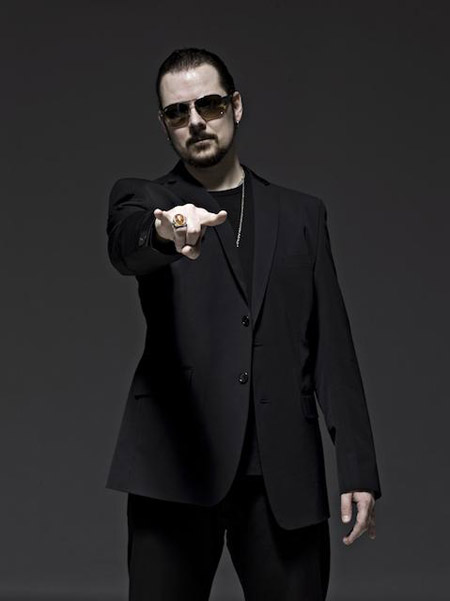