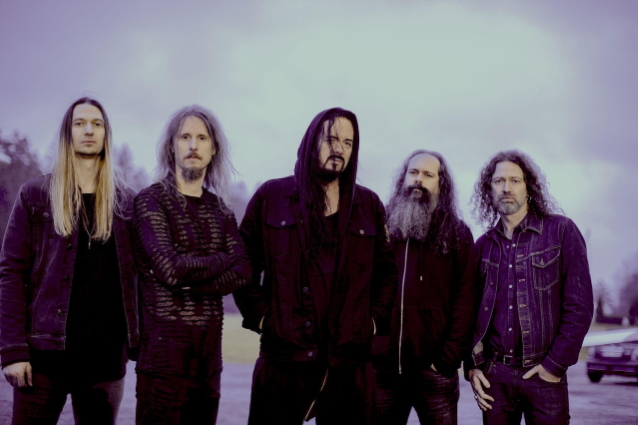 EVERGREY is Gothenburg's finest exports, having been commanding the scene for over 25 years and have released twelve full-length records to date — starting with their blistering debut "The Dark Discovery" in 1998. Their latest high-quality offering, the critically acclaimed "Escape Of The Phoenix" (No. 12 on German album chart), was unveiled in early 2021, proving the inimitable ability of the five-piece to harmoniously weave dark lyricism with different shades of heaviness and musical influences. Over the course of time, EVERGREY remarkably managed to build its very own powerful yet emotional sound that reaches the listener deep in their core and creates an exceptional experience with every note.

EVERGREY comments on the signing with Napalm Records: "We are very excited to announce that EVERGREY signed with Napalm Records! Given the success of our recent albums, we feel certain that Napalm have the power that will bring us to the next level. We have lots of exciting news to share soon so stay tuned."

Earlier this year, EVERGREY vocalist/guitarist Tom S. Englund told Metal Talk about the band's plans for the future: "I guess if this [pandemic] drags out for much longer, we will make another album and we will tour on two albums. I think that is the reality of it, but we have a tour that we have postponed three times already and now it is set to start on the 8th of October. But… I don't think it is realistic to think we could do five weeks in Europe and the UK in October. I think it is too early, but I don't wish for anything more, to be honest, because it is heartwrenching to not be able to get an immediate reaction from your fans and that is why you play music."