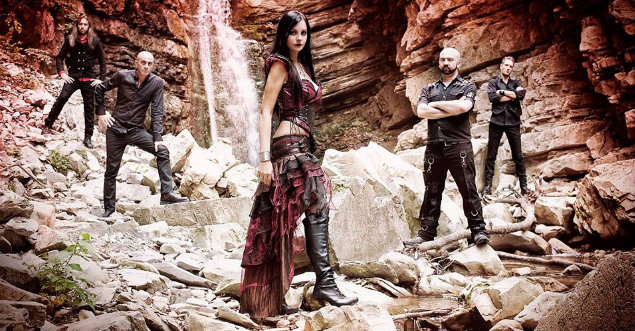 A teaser for "Herons", the new album from Italian female-fronted symphonic metallers EVENOIRE, can be seen below. The CD will be released on April 15 via Scarlet Records.

"Herons" was recorded at Dreamsound Studios in Munich, Germany, with Mario Lochert, Dejan Djukovic and Daniel Rehbein (EMERGENCY GATE, GRAVEWORM, VISIONS OF ATLANTIS) behind the console. Mastering and mixing duties were handled by Jan Vacik (DREAMSCAPE). The band has also announced a collaboration with keyboardist/producer Riccardo Studer (STORMLORD, HOUR OF PENANCE) and keyboardist Filippo Sasha Martignano (ECHOTIME). A very special guest appearance by singer Linnéa Vikström (THERION) on the song "Tears Of Medusa" is also confirmed.

According to a press release, EVENOIRE "combine gothic and symphonic metal with a very distinctive medieval/folk approach, with a special mention to extraordinary lead vocalist Lisy Stefanoni, whose ethereal and powerful voice and evocative flute add an extra dimension to the melodies and make her one of the most promising female singers around. And if 'Vitriol' was centered on 'water' themes, this new album focuses on 'fire' and all those mythological creatures that represent it. The music is heavier than ever before although the lyrical side of the band is still prominent."

The song "Drops Of Amber" can be streamed using the SoundCloud widget below. 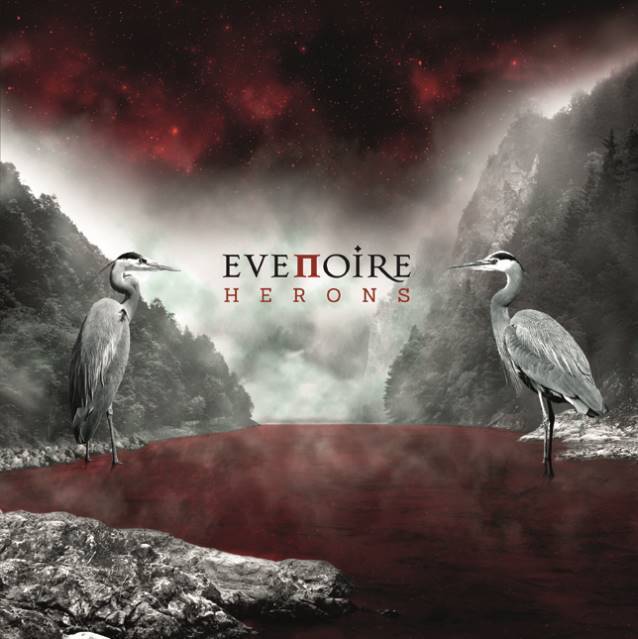