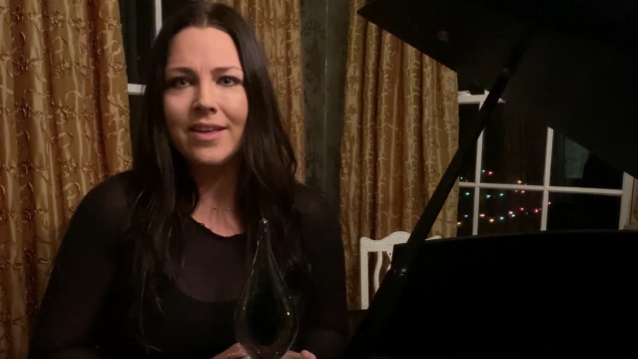 EVANESCENCE singer Amy Lee was honored with the "Powerhouse Award" at the ninth annual She Rocks Awards, which was streamed live on Friday, January 22 on Believeinmusic.TV, Parade.com and AXS.TV.

During the She Rocks Awards "red carpet" portion of the event, Lee was asked by John Stapleton from M.A.C Cosmetics about the title of the upcoming EVANESCENCE album "The Bitter Truth", which will be released on March 26 via BMG. She said (see video below): "Every day I have a new thing. I'm, like, 'That's the bitter truth.' [Laughs] Right now, it's hard, because it's a lot of things that aren't funny or smiley to say. But I think the fact that we're facing a lot of these realities is really healthy, and we have to. There has to be a moment for us to go, 'Okay, we're broken. This is messed up, and it's not gonna change if we just keep pretending like it isn't here.' So, facing these injustices with sexism and racism and so much more that are happening around the world, it's time. And the bitter truth is that we do have to go through these growing pains and face this in order to get to a better place. So, as hard as it is, and as scary as it has been at times, I'm looking forward to a better tomorrow for not just myself but for my son, and for the people coming after us."

Fans can pre-order a digital version, CD, vinyl and a limited-edition deluxe fan box set of "The Bitter Truth" featuring a bonus CD, journal, poster and special cassette of exclusive audio from the making of the LP. Every pre-order will automatically come with downloads of already-released songs "Wasted On You", "The Game Is Over", and "Use My Voice", as well as "Yeah Right".

"The Bitter Truth" is an epic, guitar-driven collection inspired by the (often-bitter) realities of the 21st Century and our world. The already-released songs have received early accolades from Elle, Billboard, SPIN, American Songwriter, and more, and showcase the "ferocious and hymnal" (The New York Times) sound that made EVANESCENCE a household name, as well as the drama and powerhouse vocals that made Amy Lee "one of rock's definitive voices" (Rolling Stone). 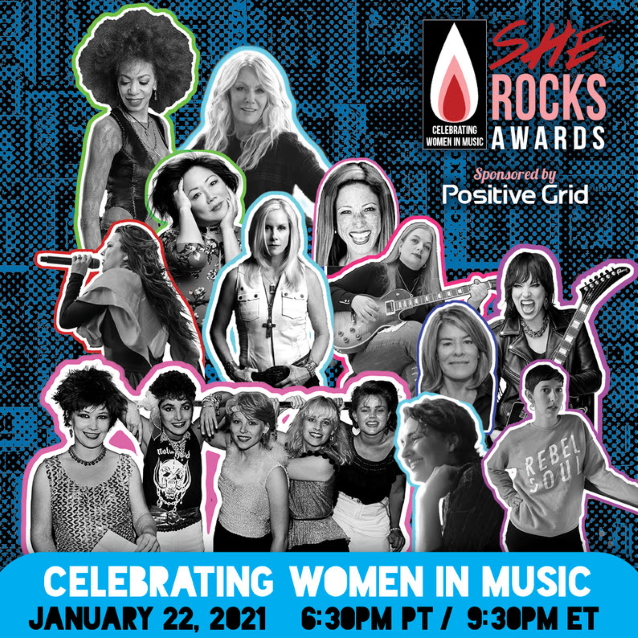