EVANESCENCE will release a very special career-spanning vinyl box set this fall encompassing all of the band's studio albums — "Fallen", "The Open Door" and "Evanescence" (with the latter two making their vinyl debut) — and, for the first time ever, the commercial debut for the previously unreleased demo album "Origin". Also included in "The Ultimate Collection" six-LP set is "The Lost Whispers" album, which officially culls the band's legendary bonus tracks and features the studio version of the long sought-after tour intro "Lost Whispers" and the first new EVANESCENCE studio recording in years, "Even In Death (2016)", a song that originally appeared on "Origin". The box set includes a 52-page casebound book featuring art, handwritten lyrics, photos and rarities.

EVANESCENCE went on hiatus after touring for the release of their 2011 self-titled record. During that time, singer Amy Lee gave birth to her son, Jack, and worked on the soundtrack for 2014's "War Story".

Following a run of U.S. shows last November and again this past spring, Lee recently revealed there were new projects in the works. She told Loudwire: "There is EVANESCENCE in the future. Not going to go into a ton of detail because I want to take things step by step.

"We're doing this really cool vinyl box set with all of our albums including pre-'Fallen' material, which the fans have been asking for forever — and I kind of hate it so I kind of buried it — but now I'm letting them have it, so that's really cool. We did a new recording of another pre-'Fallen' song that's really beautiful. I can't wait for it to come out."

Lee added: "I'm most looking forward to the things we haven't done yet. I'm not going to tell you exactly what they are, but there's a couple of songs that are almost just for me. One of them is 'The Change'. It's not our most famous song by any means, it wasn't even a single and it's just one of my favorite songs we've done as a band and there's just something about the way I can just release my mind singing it. There's no lyrics in the bulk of the chorus, I love it; it just makes me feel so inside the music."

EVANESCENCE will kick off a new U.S. tour on October 28 in Dallas, Texas. 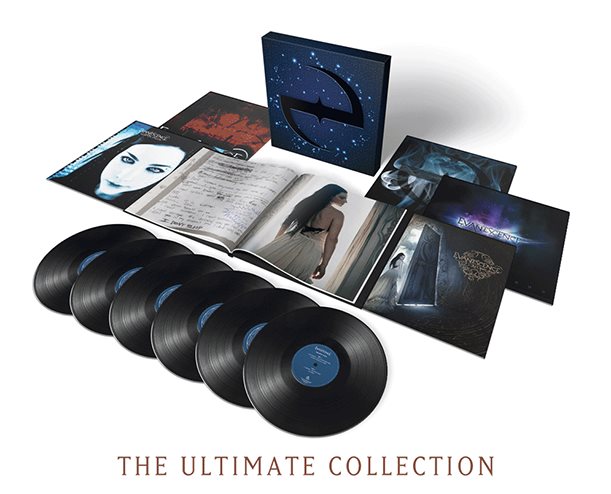