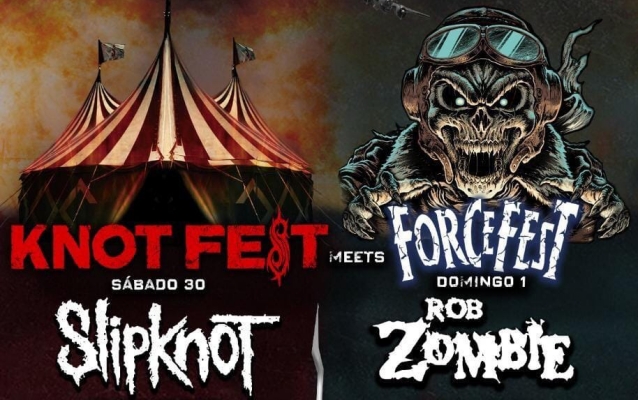 Knotfest, the music and lifestyle phenomenon created by SLIPKNOT, has announced lineup for its first-ever event in Mexico City, taking place at the awesome Parque Deportivo Oceanía venue. This year, Knotfest is joining forces with Forcefest, combining two massive festival brands over one weekend. The Knotfest day will take place on Saturday, November 30, headlined by SLIPKNOT, with Forcefest taking place on Sunday, December 1, headlined by Rob Zombie.

SLIPKNOT will release its sixth studio album, "We Are Not Your Kind", on August 9 via Roadrunner Records. 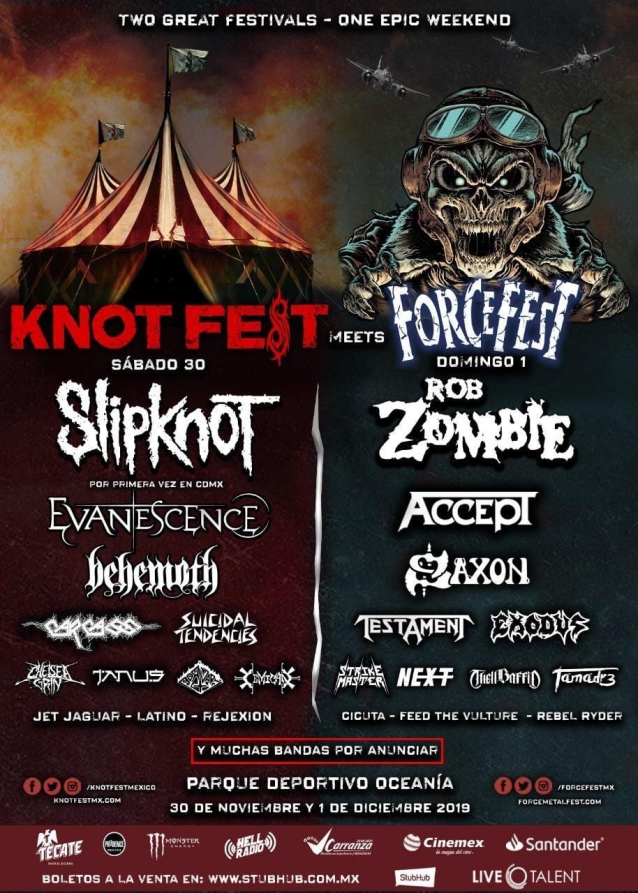