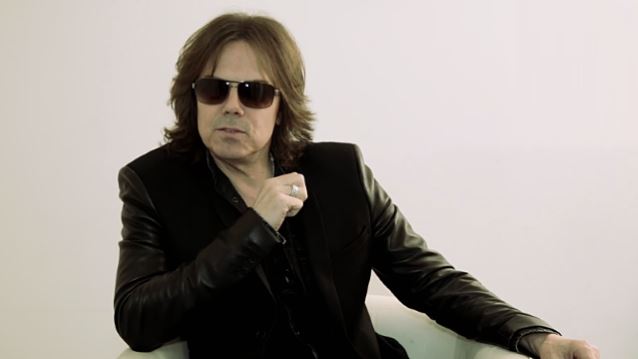 Vocalist Joey Tempest of Swedish hard rockers EUROPE spoke to U.K.'s Classic Rock magazine about the creation of the band's mega-hit "The Final Countdown". You can now watch the clip below.

Back in 2012, Tempest admitted to Classic Rock that he and his badmates have thought about dropping all of their older material from their live set to concentrate solely on songs from the last five studio albums since their reunion in 2003.

"We have seriously talked about it," Tempest told Classic Rock, "and yes, it would include leaving out 'The Final Countdown'. But right now, we don't feel it's the right thing to do. Fans come along to shows expecting to hear certain old favorites, and they wouldn't be happy if we did this. But it is something we could certainly do in the future."

EUROPE's latest album, "War Of Kings", was released on March 10 via UDR Music. Recorded at the brand new PanGaia Studios in Stockholm, Sweden, it was made available in multiple formats: as a CD digipak, a CD jewel case, a vinyl LP and as a digital download.