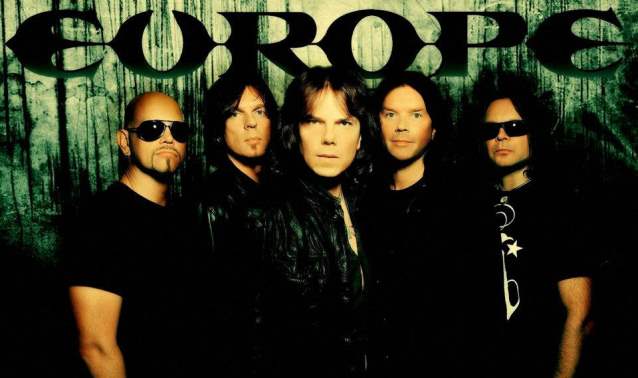 Swedish hard rockers EUROPE will perform their 1984 album, "Wings Of Tomorrow" live on their Swedish tour in March. They will play the LP in its entirety, plus some new songs and other EUROPE hits.

Says EUROPE singer Joey Tempest: "'Wings Of Tomorrow' is one of our most liked albums and we are very excited to perform it live together with some new songs and the hits! This band has never done anything like this before and this will most likely be a once-in-a lifetime event.

"'Wings Of Tomorrow' opened the doors to the world for us. We got our record deal with CBS/Epic in New York based on this record.

"We have often been approached by both rock and metal bands who have claimed that this record really inspired and influenced them.

"It will be an honour to revisit and perform this record in its entirety.

"Holy underwear!!! This will be exciting!"