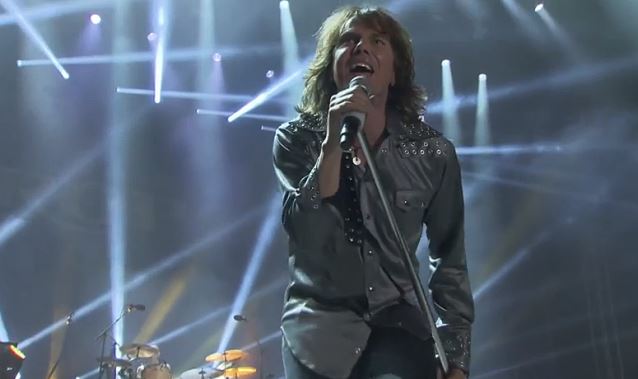 On June 7, EUROPE took the stage in their home country Sweden for a special occasion: celebrating 30 years of rock music. The Swedish rock band celebrated this event together with 30,000 fans at the prestigious Sweden Rock Festival. EUROPE performed 28 songs, selecting their personal favourite moments spanning from their earlier years up to their most recent songs taken from albums "Last Look At Eden" and "Bag Of Bones"; plus songs performed for the very first time.

Described as a greatest hits extravaganza, EUROPE's headline festival performance also displayed its more soulful moments, especially when the band sat down to perform an emotional acoustic set. This segment of the concert gave the massive festival atmosphere an intimate club feeling before EUROPE returned to perform the hard rock anthems their fans have grown to love and cherish.

To pay tribute to some of their biggest rock heroes, EUROPE invited two very special guests to perform with them — Scott Gorham (THIN LIZZY) for an electrifying version of "Jailbreak" and Michael Schenker (MSG, ex-UFO, SCORPIONS) for their tribute to UFO's classic "Lights Out".

The setlist is full of treasures and surprises. EUROPE were determined to celebrate and enjoy their long record of hit singles, including "Carrie", "Rock The Night", "Superstitious", "Open Your Heart", "Last Look At Eden", "Prisoners in Paradise", "New Love In Town" and, of course, the ever-present and always electrifying iconic rock anthem "The Final Countdown".

Clocking in over 2 hours, 40 minutes of footage, and filmed with state-of-the-art hi def cameras, the concert features behind-the-scenes material, plus an exclusive interview with the band, making "Live At Sweden Rock - 30th Anniversary Show" the definitive EUROPE live experience!

A performance clip of the song "The Final Countdown" can be seen below. 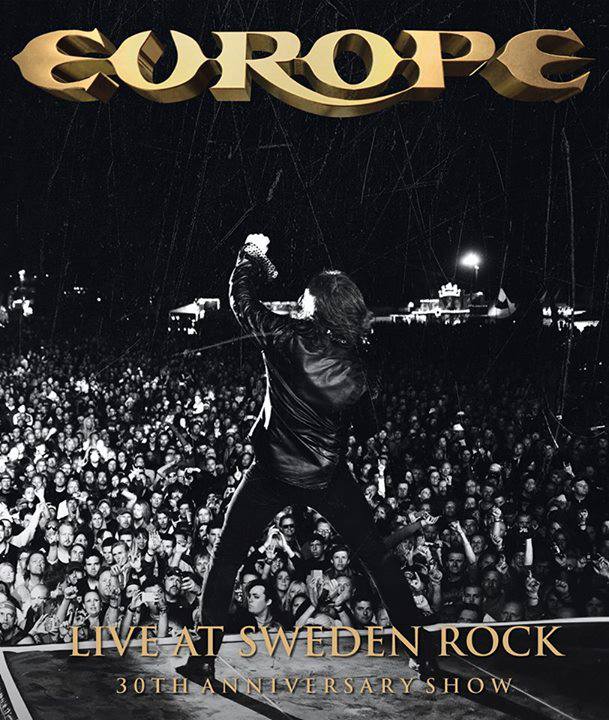