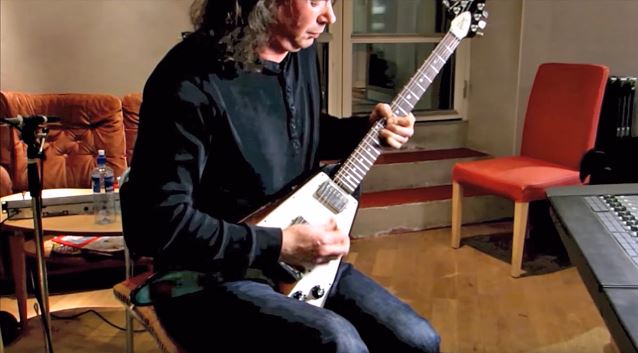 A trailer for EUROPE guitarist John Norum's forthcoming instructional DVD is available below. The DVD will be sold exclusively through John's official web site.

Says Norum: "A while back, I decided to make an instructional DVD for guitar fans, so I started planning it and everything was going fine, but after a while, I felt that it was just getting way too technical for my personal taste. I'm more into 'If a solo has feeling and fits the song and sounds good, then it is good!' So I decided to start over and do more of a song-oriented thing instead, where I play solos from some of my favorite songs, talk about my gear and so on. And I think it came out great! It's loose and fun which is what guitar playing is all about!"

He continued: "In the meanwhile, I had a daughter and decided to put the DVD 'on ice' for a while and focus on my family and EUROPE, who has been very busy the last couple of years with albums and touring. But now I feel that the time is right to put this DVD out so you can see what it's like in my crazy guitar world ...ha."

EUROPE is scheduled to enter the studio in early 2017 to begin recording the follow-up to 2015's "War Of Kings" album.