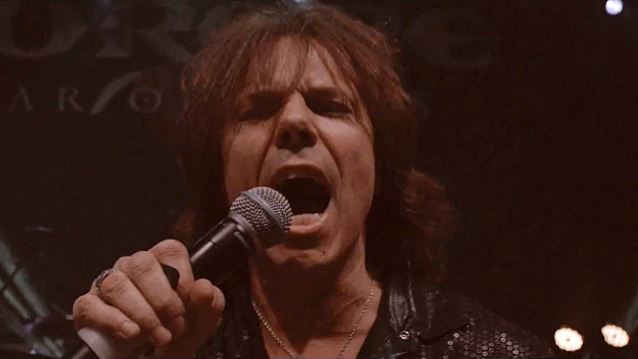 "Days Of Rock 'N' Roll", the new video from Swedish hard rockers EUROPE, can be seen below. The clip was directed by Patric Ullaeus of Revolver Film Company, who has previously worked with DIMMU BORGIR, LACUNA COIL, IN FLAMES, SONIC SYNDICATE and KAMELOT, among others.

Said EUROPE vocalist Joey Tempest: "We simply wanted to make a live video like we used to, uplifting and entertaining and really capture a band and its audience at a peak!

"The video was shot in Manchester and Wolverhampton on our latest U.K. tour. We used our friend and video director extraordinaire, Patric Ulaeus, who has done our five latest videos.

Speaking about EUROPE's decision to hire producer Dave Cobb (RIVAL SONS) to work on the band's new album, "War Of Kings", after previously collaborating with Kevin Shirley (JOURNEY, IRON MAIDEN), Tempest said: "Well, it was kind of difficult [to switch things up], 'cause Kevin's amazing. Kevin and Dave are both two producers that can handle the live situation; they're amazing with their sounds and how they work.

"We, as a band, we like to change things around us, so we find it to interesting to go on a new journey — new studio, new producer. And it gives us a kick, an extra kick. And we can learn more. We learned a lot from Kevin Shirley and we learned more from Dave Cobb."

He continued: "We heard RIVAL SONS' 'Pressure And Time' [album] years ago now, and we were blown away by the drum sound, the production and the band itself; the singing is just amazing. And we just realized, 'Hang on. You can do this. You can do proper rock and roll and you can record it the right way. Let's do that. Let's go on that journey together.'

"Last year, we heard [RIVAL SONS'] latest album, we heard 'Open My Eyes', and we heard 'Electric Man'. We always play music in the dressing room before the show and after the show. And we said to our management, 'Just call [Dave Cobb] and see. You never know. All he can say is no. You never know.' But [Dave] said, 'I remember EUROPE. I used to play drums to EUROPE tracks when I was a kid.' And he said, 'I would love to produce you guys. So let's do it.' So we started calling each other a bit and preparing."

Tempest added: "The few things that we had in common was that we wanted to have a warm sound, a classic rock sound. So we rented a lot of old equipment from Gothenburg, from SOUNDTRACK OF OUR LIVES, one of the guys, Kalle [Gustafsson] from SOUNDTRACK OF OUR LIVES. He has great microphones, compressors and effects, and he sent it all up to the studio, which was a brand new studio, so it was good that we warmed the sound up. And that was the first thing we did to make this 'War Of Kings' warm sound."

"War Of Kings" was released on March 10 via UDR Music. Recorded at the brand new PanGaia Studios in Stockholm, Sweden, it was made available in multiple formats: as a CD digipak, a CD jewel case, a vinyl LP and as a digital download. 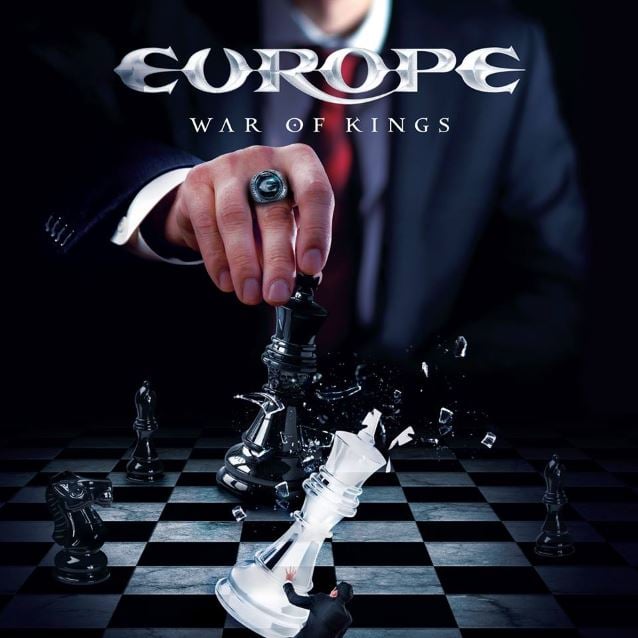