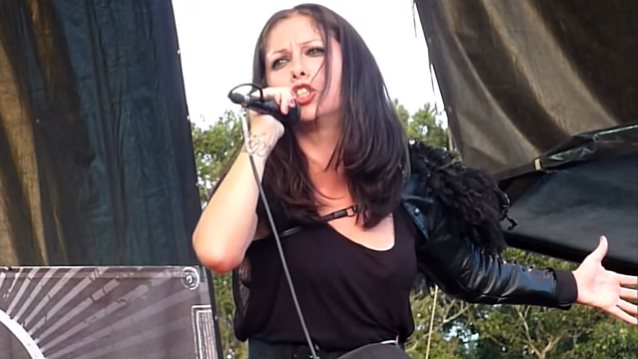 French metallers ETHS will reunite with their original lead singer, Candice Clot, for two final shows before calling it quits.

Clot left ETHS for personal reasons in 2012 and was replaced by Rachel Aspe. Rachel's vitriolic vocals fit perfectly the pounding riff barrage of the band's modern metal style, which was demonstrated on the 2014 EP "Ex Umbra In Solem" and this year's "Ankaa" full-length.

ETHS commented: "These last few years, a number of ordeals slowly pushed us towards different musical yearnings while dulling the fun that we have had playing as a band.

The exact details of ETHS' final two performances will be revealed soon.

Rachel played her last show with ETHS on December 3 at Le Chabada in Angers, France.