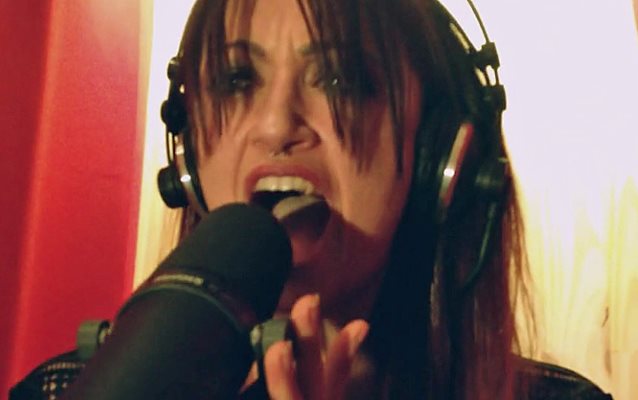 French metallers ETHS will release a new album, "Ankaa", on April 22 via Season Of Mist.

A trailer for the CD featuring footage from their recording studio can be seen below.

ETHS in 2014 released an EP, "Ex Umbra In Solem", with their new vocalist, Rachel Aspe. The EP's title track was a new song recorded, produced and mixed by ETHS guitarist Staif Bihl. It was backed by three classic ETHS tracks, recorded live on October 24, 2013 at the Divan du Monde in Paris, mixed by Nikhertz at Studio Phantom. Last but not least, the EP included three songs from the "III" album, re-recorded with Rachel's vocals.