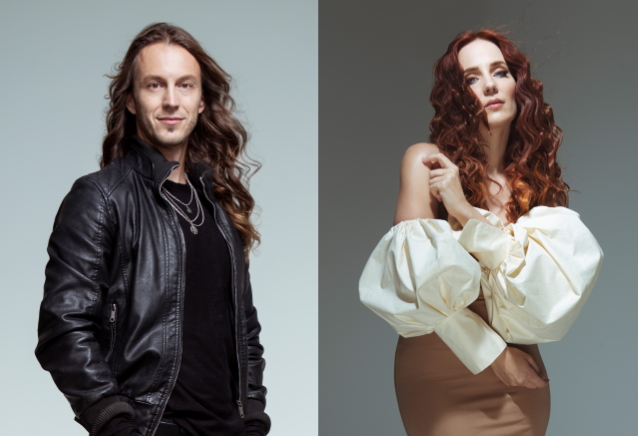 On a recent episode of the "Loaded Radio" podcast, EPICA guitarist/vocalist Mark Jansen spoke to Scott Penfold about what it's been like to work with singer Simone Simons for the past two decades after the breakup of their romantic relationship. He said (as transcribed by BLABBERMOUTH.NET): "We are very close friends. I was just talking to her, like, one hour ago. We are very good friends. We understand each other.

"I think it's very unique to have a good relationship with your ex-girlfriend; not many people have the same way," he continued. "And not many new partners would like that, but our partners have no problem with it whatsoever. So it's a very unique situation, and I'm really happy that it worked out this way. Because for both of us, EPICA is our passion, our love, and we would have never wanted to give it up just because the relationship ended. And then, afterwards, we still became tight friends. That's great. So I'm really thankful that we could work it out this way."

Simone's husband is KAMELOT keyboardist Oliver Palotai, with whom she shares a seven-year-old son, Vincent G. Palotai. They live in Germany. Jansen's girlfriend is the Italian opera singer Laura Macrì, with whom he lives in the south of Italy.