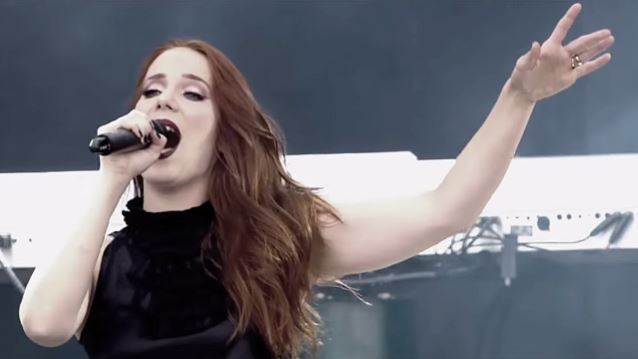 A six-minute clip featuring behind-the-scenes footage from EPICA's summer 2015 festival appearances can be seen below (filmed and edited by Jens de Vos of Panda Productions).

EPICA earlier in the month canceled the remaining dates on its North American headlining tour so that the band's lead singer, Simone Simons, could be by her father's side while he was "fighting for his life." (He is now "slowly recovering," according to Simone.)

EPICA will reschedule its North American tour for early next year.

The group's fall 2015 run was supposed to mark EPICA's long-awaited return to North America after their tour with MACHINE HEAD in late 2014 got canceled. It was also to be the band's first North American trek in support of their latest album, "The Quantum Enigma", which hit the charts all over Europe and beyond.