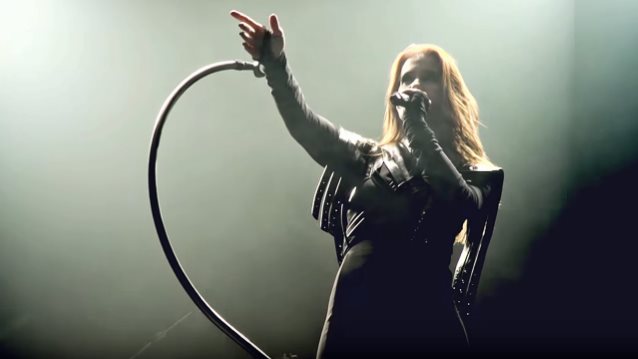 Dutch symphonic metallers EPICA kicked off 2017 with their most successful European tour to date. Along with POWERWOLF and BEYOND THE BLACK, EPICA played to thousands of fans every night and ended the tour with their biggest show so far: a sold-out concert at Zenith in Paris, France where the band performed in front of nearly five thousand fans.

Commented EPICA keyboardist Coen Janssen: "We had the most amazing time on our 'European Principle' run. Together with our new friends from POWERWOLF and BEYOND THE BLACK, we played the biggest venues — in front of the craziest crowds — ever!! You gave all the energy you got every night and that radiated onto the band, for sure! Fortunately, we shot some very cool images of a few of those nights, crafted into another awesome after-movie for you and us to relive this EPIC tour!"

On this tour, EPICA was joined by the video production team Panda Productions, which made a tour after-movie over multiple shows. You can now check out this stunning video below.

Later this month, the band will hit the road again and will perform full headline shows in Russia, Scandinavia, Finland, Asia and Latin America.