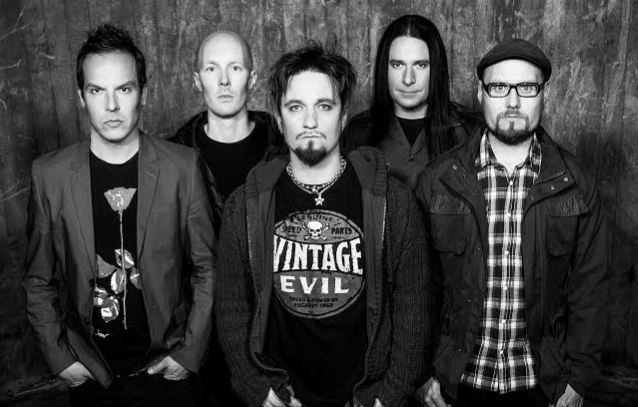 Finnish gothic metal/rock band ENTWINE will release its seventh album, "Chaotic Nation", on October 2. According to a press release, the follow-up to 2009's "Painstained" "presents a rejuvenated, supercharged contemporary melodic metal group with ten impeccably written scorching hot rock anthems for you to bang you head to."

ENTWINE drummer Aksu Hanttu spent much of the pause expanding his CV and honing his skills as one of the top metal producers in Finland, in preparation for the kaleidoscope of sound and tour de force of dynamics that became "Chaotic Nation".

Hanttu's sturdy drum beats and producer's hand-print shine all over the band's new outing, but none of it would've come to fruition without a bunch of killer songs. It is guitarist Tom Mikkola's renewed vision and fresh angles to song-writing that laid the brickwork for what resulted to Entwine's strongest outing to date. The icing on the cake is Mika Tauriainen's uniquely emotive voice and thoughtful lyrics, crowning a solidly played, melody-oriented work chock-full of dexterous compositions and catchy hooks.

Versatility is key on "Chaotic Nation"; the songs span a rainbow of atmospheres, from the laid-back, almost jazzy grooviness of "The Evil Lives In The Shadows" to the wonderfully cheesy 1980's keyboards in "Fortune Falls", contemporary electro influences in "Revolt For Redemption" and the one-two punch of gloriously life-affirming, uplifting anthem "As We Arise" and the super catchy single cut "Plastic World". It's all right here and it's still the good old ENTWINE we've all grown to love and appreciate; contagious pop hooks and all, just way improved.

The release of "Chaotic Nation" was preceded by the "Plastic World" single release (out in all digital platforms August 14), accompanied by a September 18 video directed by Finnish shooting star Ville Juurikkala (NIGHTWISH, RECKLESS LOVE, SANTA CRUZ). 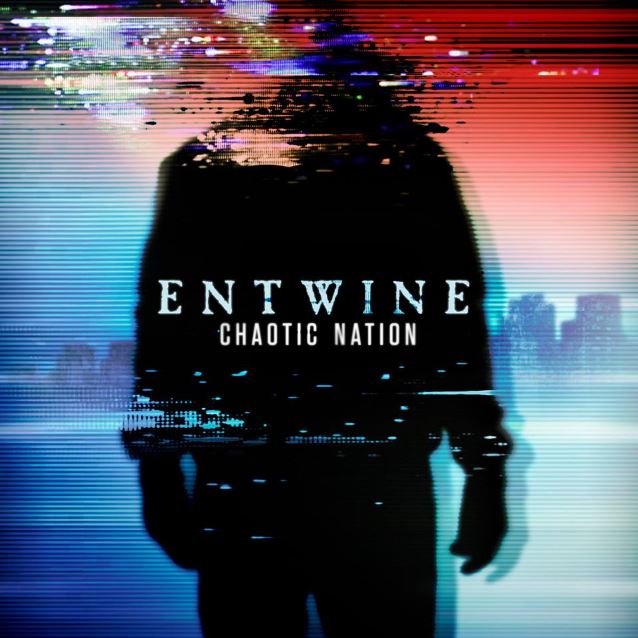