In 2016, founding ENTOMBED member Alex Hellid teamed up with brewmaster Dr. Andrés Furukawa of Macken Brewery to craft Entombed Sverige in celebration of the ENTOMBED legacy.

Entombed Sverige is what we call a Swedish Helles (a little darker than your typical Helles) with gold ingot color and delicate white foam head. A craft lager with remarkable noble hop aroma and delicious well-balanced taste with lingering dryness. A refreshing beer to enjoy.

Hellid and Petrov have been embroiled in a legal battle over the ENTOMBED name for several years. In 2014, Petrov was awarded the right to use the band name in connection with future recording and touring activities, a decision which Hellid appealed without success. The guitarist then went on to register a trademark for spirits production under the "Entombed" name. This move did not sit well with Hellid's former bandmate, who filed a letter of protest against Alex's registration of the name, claiming that it could be confused with band activities. He also said that Hellid acted in "bad faith" when he registered name and that there was a desire to "deceive the public."

Petrov's protest, however, found no favor with the Swedish Patent And Registration Office, which rejected his claims on the issue in a March 8, 2016 ruling.

In an interview with Revolution-Music.dk, Petrov defended his band's decision to release albums and tour under the name ENTOMBED A.D. in order to avoid a legal battle with Hellid who didn't want his former bandmates to use the ENTOMBED moniker: "It had to be done, because without an album you can't tour," he explained. "I mean, you can tour, but if there's seven years between albums, it's ridiculously long. So we did the right thing, and we did what bands should do, and still do — release an album and go on tour and headbang and have a good time with friends, and that's what it's all about."

Two weeks earlier, the Hellid-led lineup of ENTOMBED made its live debut on the Close-Up Båten cruise. 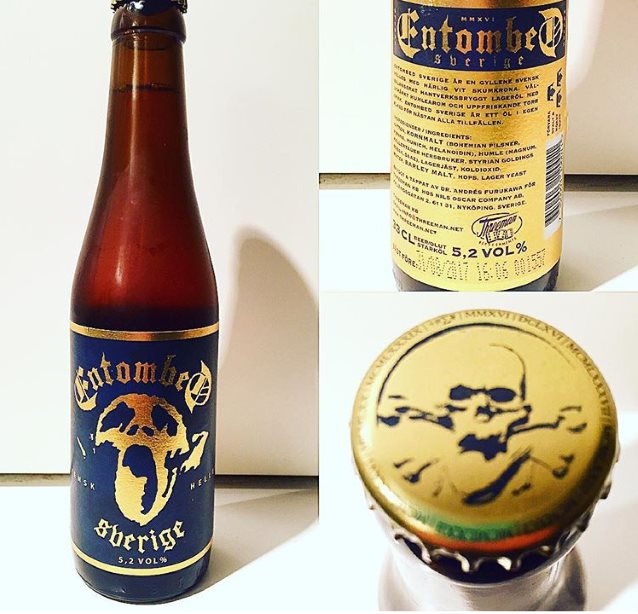