Swedish metallers ENTOMBED A.D. have been "pulled" off the "Metal Alliance" North American tour with DEICIDE, HATE ETERNAL and BLACK CROWN INITIATE — a little over a week after the start of the trek.

Says ENTOMBED A.D. in a statement: "Attention U.S. headbangers! We got pulled off the U.S. tour for reasons we don't yet know. On our way to Sweden now. Never in 30 years have we experienced something like this. But we will be back soon!"

In an interview with Revolution-Music.dk, Petrov stated about the band's decision to release "Back To The Front" under the name ENTOMBED A.D. in order to avoid a legal battle with ENTOMBED guitarist Alex Hellid who didn't want his former bandmates to use the ENTOMBED moniker: "It had to be done, because without an album you can't tour. I mean, you can tour, but if there's seven years between albums, it's ridiculously long. So we did the right thing, and we did what bands should do, and still do — release an album and go on tour and headbang and have a good time with friends, and that's what it's all about." 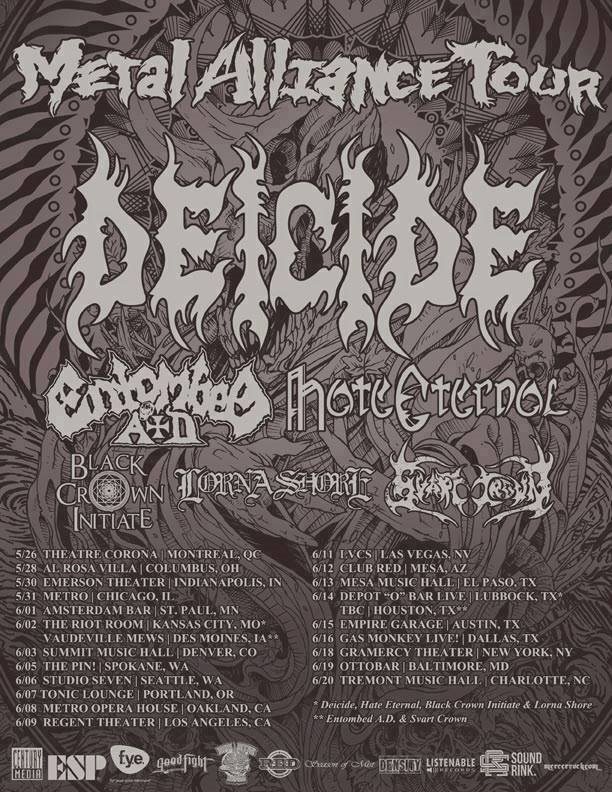