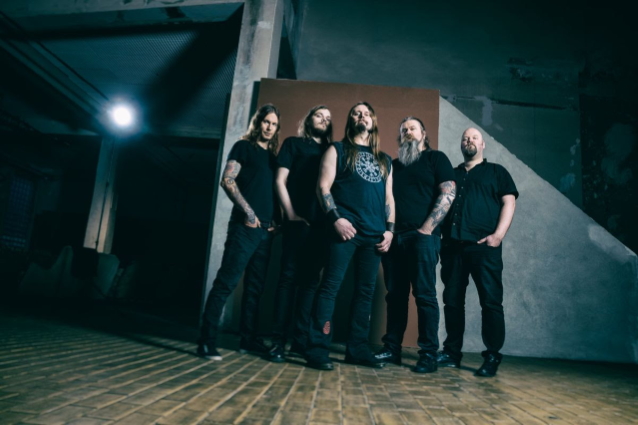 Norwegian metal avant-gardists ENSLAVED will release a new EP, "Caravan To The Outer Worlds", on October 1 via Nuclear Blast. According to a press release, the four-song effort "is a tale of departure, of leaving behind a barren and desolate world, travelling boldly into the future."

ENSLAVED's Ivar Bjørnson comments: "This is the story that wanted to be told, and this is music that demanded to be heard. Who are we to question that? After 'Utgard', the path ahead cleared itself — and we followed; past, present and future melted together in an EP that marks one giant leap for us. Into…"

Watch the video for EP title track, "Caravans To The Outer Worlds", below.

The "Caravans To The Outer Worlds" EP contains neck-breaking riffage that points backwards to the raw beginnings of ENSLAVED — the title track marking an explosive lift-off with melodic breakaways and proggy slingshots onto new orbits, while the ominous "Ruun II: The Epitaph" takes a somber dive into the murky and mysterious ocean of stars beyond the known. These two main pieces are framed by two intermezzos: "Intermezzo I: Lönnlig. Gudlig." and "Intermezzo II: The Navigator", wrapping up the main stories with respectively what came before and what is to come. 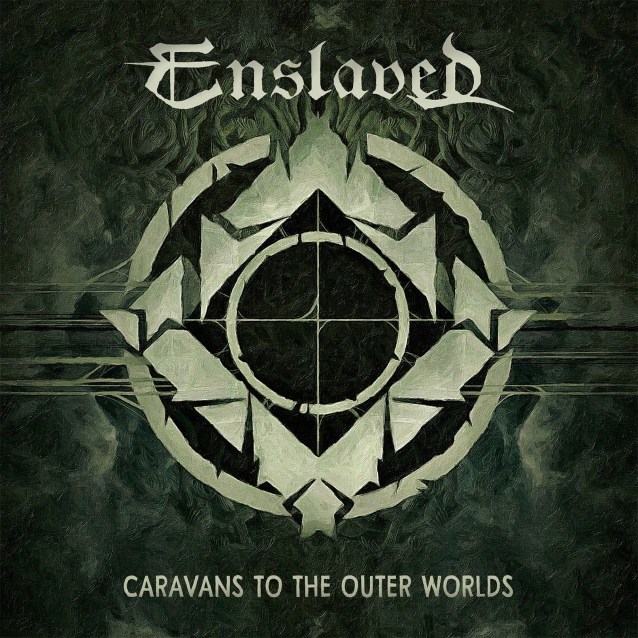