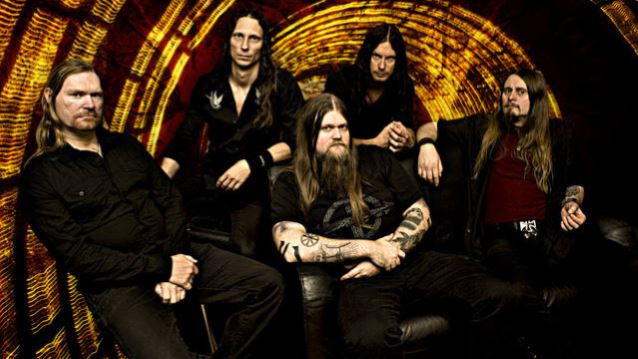 Norwegian progressive extreme metallers ENSLAVED will continue to celebrate the 25th anniversary of the band with a European tour in the fall. The more progressive-minded set "Spinning Wheel Ritual" will be the focus of the trek, which is scheduled to kick off at the end of September.

According to a press release "'Spinning Wheel Ritual' is looking firmly to the future and the most recent chapter in ENSLAVED's story. Their progressive nature will take centre stage, as more recent albums like 'Vertebrae', 'RIITIIR' and 'In Times' are placed together for the first time. The focus here will be a reimagining of sorts — the emphasis on the band being viewed in a new light, touching potential new audiences as well as those who have followed the band since the early days."

To help set the tone, ENSLAVED will be bringing one of the most exciting progressive metal artists out as special guest on this run: Australia's NE OBLIVISCARIS. This band should need no introduction having gained widespread attention with 2014's "Citadel" album and a festival run in 2015 that saw tents packed at Hellfest, Graspop Metal Meeting, Resurrection and more.

Currently confirmed dates are as follows: 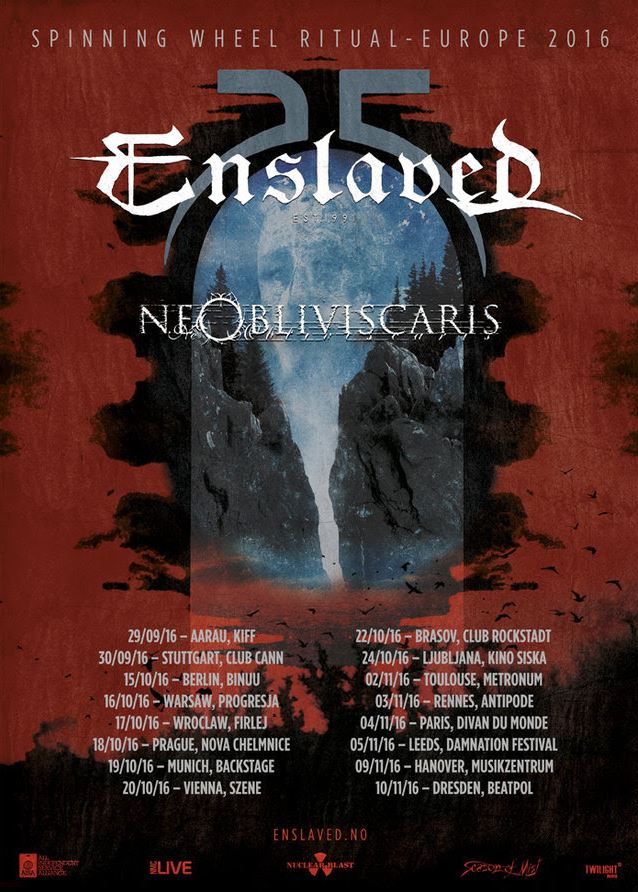