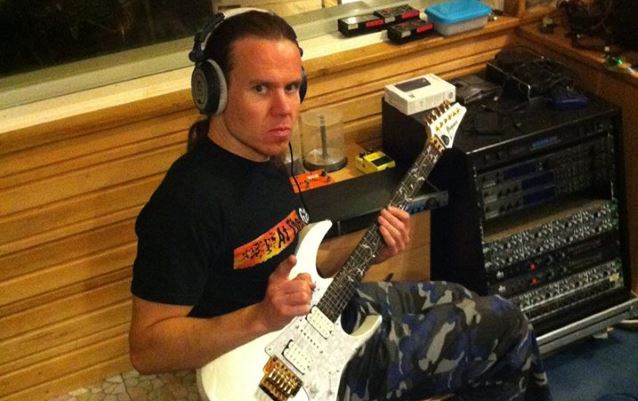 Finnish folk metallers ENSIFERUM have been locked away for three weeks in Astia Studio in Lappeenranta, Finland with producer Anssi Kippo. Drums, bass, and most of the guitar parts for the band's next CD have been recorded. At the end of last week, guest musician Timo Väänänen tracked some takes with his kantele, and over the weekend, vocalist Petri Lindroos began tracking vocals.

ENSIFERUM bassist Sami Hinkka comments: "For last few days, Mahi and Pete have sweated their asses off while recording guitars. Songs sound, like our friends in UK would say, bloody awesome! Today (Friday, September 26) we recorded kantele and some special guitar tracks. Tomorrow it's time to set up a microphone and start to record vocals. Things are proceeding as planned."

ENSIFERUM's next album is tentatively scheduled for release in early 2015 on Metal Blade Records.