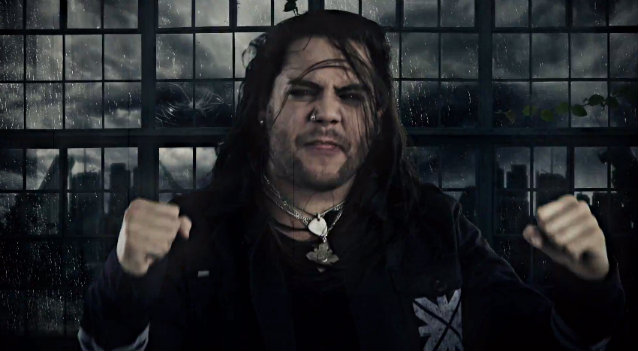 "Salvation", the new video from Swedish metallers ENGEL, can be seen below. The song is taken from the band's fourth album, "Raven Kings", which will be released on November 28 via Gain Music Entertainment. The CD was produced by the band's founders Marcus Sunesson and Niclas Engelin (also of IN FLAMES) and was mixed by Jacob Hansen (VOLBEAT). The artwork was created by Joachim Luetke (ARCH ENEMY, DIMMU BORGIR, KREATOR, MARILYN MANSON, MESHUGGAH) and can be seen below.

Commented Sunesson on the video: "The ground crumbles, the skies darken and the hills shake as the last music on earth is heard from a mountain top. Four dark figures, still standing. Sounds that paint a fitting masterpiece to accompany the elemental chaos. There is no Sanctuary from the apocalypse, no Salvation. And yet, that is precisely what they offer. Speaking not of good or evil, instead they offer stark reality."

Singer Mikael Sehlin made his live debut with ENGEL in January 2013 at the Gothenburg Sound Festival at Trädgårn in Gothenburg, Sweden.

ENGEL parted ways with singer Magnus "Mangan" Klavborn in November 2012 and recruited Lenne (ex-TWELVESTEP) as his temporary replacement. In a statement announcing his departure from the group, Klavborn said: "I'm not going to rant about the who's and why's, just say goodbye." He added: "I have had a lot of good times and I am sad to leave it behind, but that's how it goes sometimes." Klavborn has since joined reunited Swedish metallers THE DUSKFALL

ENGEL's last album, "Blood Of Saints", entered the official chart in Sweden at position No. 60. Released on May 18, 2012 via Season Of Mist, the CD was recorded at Antfarm studios in Aabyhøj, Denmark. 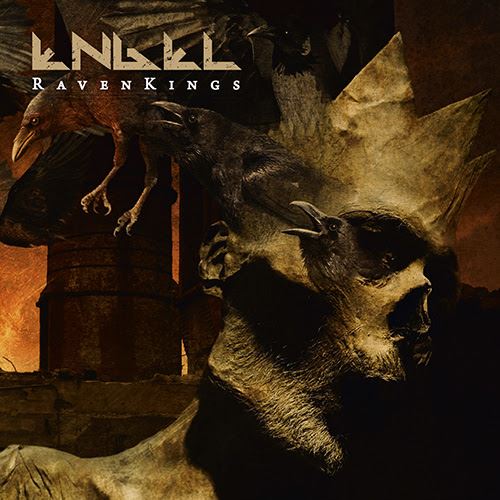