Six of the nine tracks from "Into the Night", the debut album from the Swedish metal powerhouse ENFORCER, are available for streaming on the band's MySpace page

Due on November 18 via Heavy Artillery Records, "Into the Night" sees ENFORCER "summon[ing] the classic metal sounds of IRON MAIDEN and MERCYFUL FATE" and "deliver[ing] melody, hooks and vocal range not heard since the golden days of heavy metal," according to a press release.

The brainchild of founder Olof Wikstrand, ENFORCER made its mark in the metal underground with its debut four-track demo in late 2005. The instantaneous buzz created by the band reached halfway across the world to New York's Heavy Artillery Records who featured two tracks by ENFORCER on the 2007 "Speed Kills...Again" sampler that also introduced the world to such bands as MERCILESS DEATH and WARBRINGER.

ENFORCER has been a mainstay on the European metal festival circuit with appearances at Keep it True, Arvika festival and Festung Open Air. They've recently been confirmed for an appearance at Norway's Metal Merchants Festival and will be announcing full U.S. and European tour dates shortly. 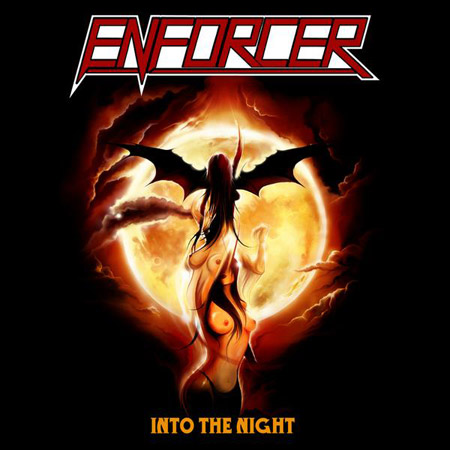