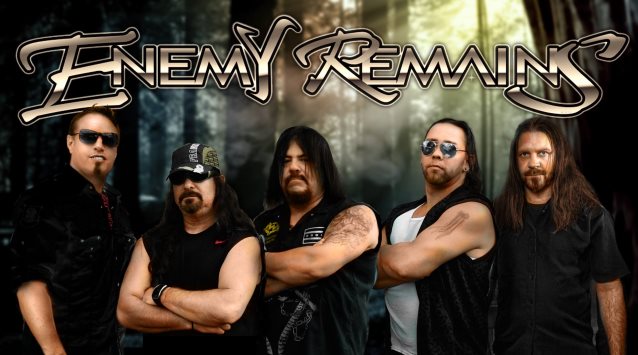 You can get a taste of the new album by checking out their latest music video for the title track, "No Faith In Humanity", below. The song features Joey Conception (ARMAGEDDON, DEAD BY WEDNESDAY) on guitar and Jeff Curtis (OBSESSION, STIKPIN) on bass.

ENEMY REMAINS was formed in 2005 by Zimmerman and guitarist Tommy Blardo. By 2014 — after releasing their first full-length album, "Two Faces Two Minds", sharing the stage with rock luminaries such as ALICE COOPER, QUEENSRŸCHE and HEAVEN & HELL, being the first local artist invited to perform at Hartford, Connecticut's new 20,000-capacity stadium XL Center, and having their song "Live For Today" featured on Rock Band for Xbox — the band had solidified themselves as a talent to be reckoned with in the northeastern U.S.

After a brief hiatus last year — allowing Zimmerman to rejoin the original FATES WARNING lineup reunion celebrating the 30th anniversary of "Awaken The Guardian", and for Blardo to develop his nationally recognized digital radio station Metal Fortress Radio — ENEMY REMAINS is back with the addition of new vocalist Frank Morin and guitarist Scott Kadish, formerly of END TIME ILLUSION.

"No Faith In Humanity" sees ENEMY REMAINS experimenting with a more aggressive and melodic style than ever before. Blardo states: "I think our fans are going to be very surprised with the new direction of the band. On this album, we're very focused on vocal melodies and driving songwriting, while still finding room for those anthem-like choruses. Don't worry though, being driven by Steve, we're definitely keeping the progressive sound we've always been known for. We worked really hard on the new album and we're excited to share it with our fans."

"No Faith In Humanity" track listing:

In anticipation of the upcoming album release, ENEMY REMAINS will perform their first local event of 2017 on January 13 at Toad's Place in New Haven, Connecticut. The band will perform as part of a two-day fest, also featuring ALCOHOLICA (classic METALLICA tribute from Connecticut with all-original lineup featuring Kai Blackwood, Ross Ragusa, Ron Celentano and Opus Lawrence), SWORN ENEMY, DEAD BY WEDNESDAY, REVENGE AGAINST GOD, THE SHAPE and DEVIL INSIDE. 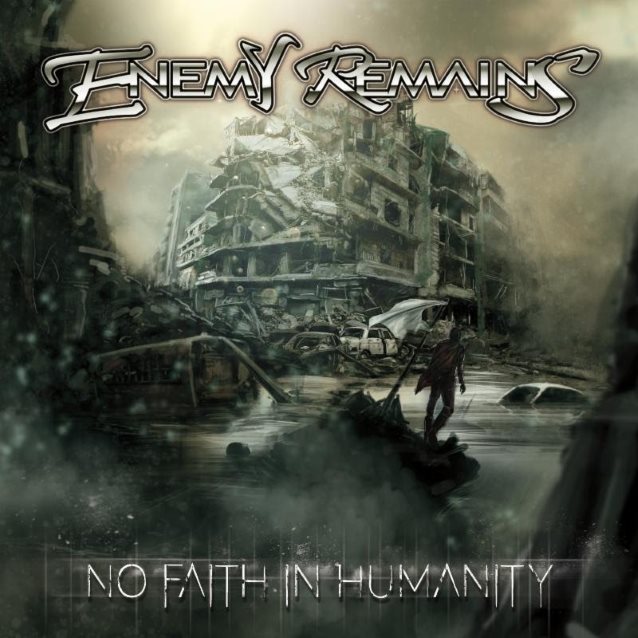