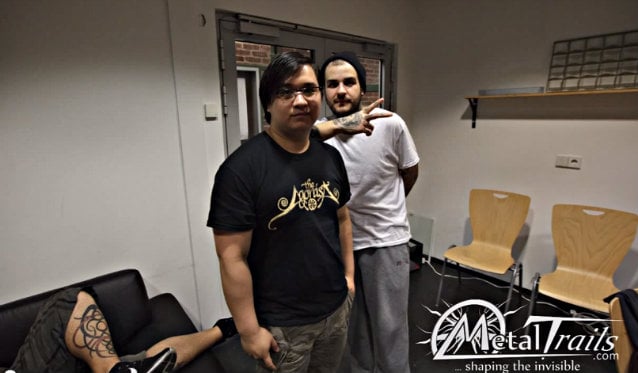 On October 26, Metal-Trails.com conducted an interview with vocalist Frank Palmeri of the Queens, New York-based deathcore act EMMURE in Essen, Germany. You can now listen to the chat in the YouTube clip below.

EMMURE will enter the studio in January to begin recording its sixth full-length album for a late spring 2014 release via Victory Records.