ELUVEITIE will amicably part ways with longtime violinist Meri Tadic at the end of 2013. The "Eluveitie & Friends III" festival, which will take place on December 28 in Frauenfeld, Switzerland, will mark her final appearance with the Swiss folk metal act.

States the band: "'There is an end to all things' is a saying. Nevertheless, having to say goodbye is never easy.

"Meri has been an important part of ELUVEITIE for 11 years; we have played hundreds of shows around the globe together!

"We will miss Meri, but foremost we want to say: Thank you for 11 years spent together!

"Every ending means a new start and a new chance.

"We are looking forward to working with Meri's successor very much and to have new musical influences this way.

"We are in the midst of a creative working progress for our new album. In this sense, this means: Excitement and creative mode: ON!"

Adds Meri: "After 11 years of ELUVEITIE, I have decided to go a new way and leave the band.

"I have lived a wonderful and unique time with this band. On stage and during our countless journeys, there have been difficult, demanding times as well.

"My decision has nothing to do with IRIJ and the album I released in January.

"Many of you know that IRIJ was founded years ago but that it never had any influence on the band. Also, my album release has nothing to do with the time of my departure. This really is a coincidence. Still, I will be working with all my strength to move forward musically, and thus I now focus on the new output, the first live shows, rehearsals, new influences and possibilities.

"It is not easy to find the right words.

"The past 11 years have been a magical time; through and through and I have lived and enjoyed them with all my heart.

"A part of me will surely keep on living within ELUVEITIE, 'cause this has never been just a band but lifeblood to me. Therefore, I want to thank all of our wonderful fans around the world at first. You have been a most priceless enrichment to my life and I will always think back happily to the times we have been through and to all the passion I have seen burning in your eyes, fists and faces! Thanks for celebrating us every single night! Without you, we would never been around!!!

"My brothers and sister Chrigel, Anna, Ivo, Päde, Kay and Rafi I wish the best of luck, success and joy on the ongoing way. I will miss your pretty 'flutfaces' and hope you will behave yourselves out there. All that we have lived through together will never be forgotten and I am proud to see how much we achieved together. Make me proud and rock the world, my dear friends. Hope to see some of you on tour again. Sometime, somewhere…

"To conclude this statement, I would like to quote one of the best metal bands of all time, without whom I might never have started to play the fiddle in a death metal band. 'We are blind to the world within us, waiting to be born!

ELUVEITIE's latest album, "Helvetios", sold 4,200 copies in the United States in its first week of release to debut at position No. 143 on The Billboard 200 chart. The CD landed at position No. 3 on the Top New Artist Albums (Heatseekers) chart, which lists the best-selling albums by new and developing artists, defined as those who have never appeared in the Top 100 of The Billboard 200.

"Helvetios" was released in Europe on February 10, 2012 via Nuclear Blast RecordsNew Sound Studio in Pfäffikon, a municipality in the canton of Zurich in Switzerland, with producer Tommy Vetterli (a.k.a. Tommy T. Baron; CORONER/ex-KREATOR guitarist). According to the band, Vetterli "record[ed] drums, guitars and vocals and also produc[ed] and mix[ed] the record. Most folk instruments and also vocals [were] recorded by Anna Murphy and Marco Jencarelli at the Soundfarm studios in Lucerne." 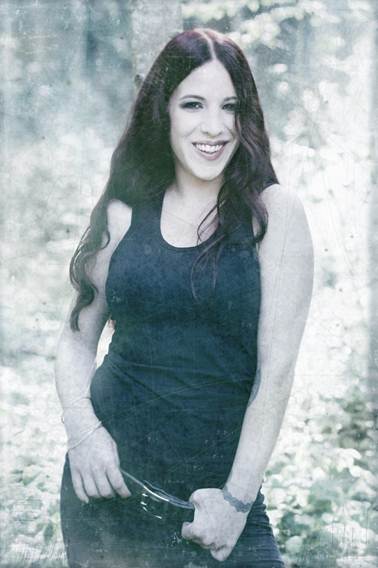