Swiss folk metal pioneers ELUVEITIE just revealed the track listing as well as the guest musicians who appear on their upcoming acoustic/folk album, "Evocation I: The Arcane Dominion", due on April 11 via Nuclear Blast Records. The CD will contain 15 folk songs, most of them written in ancient gaulish language.

Commented mainman Chrigel Glanzmann: "The tracks on 'Evocation I: The Arcane Dominion' take you on a journey through ancient gaulish mythology, a journey deep into the celtic soul. You'll pass diverse instrumental tracks, setting mythological topics into music, as well as songs, which are exclusively sung in ancient Gaulish language. Most lyrics are 1,600-2,100 years old. We're proud and happy we have some illustrious and excellent guest musicians on this album: Fredy Schnyder from NUCLEUS TORN playing the hammered dulcimer on two tracks, Oli S. Tyr from the German medieval folkers FAUN contributing the magical sounds of the long-necked lute on the title track. Furthermore, Alan Nemtheanga from the Irish pagan metallers PRIMORDIAL presenting his vocal art in two tracks, Mina The Fiddler from the experimental folk band BRANÂ KETERNÂ enchanting two tracks with the sounds of the five-stringed viola and at last Sarah Wauquiez, our former bandmember, playing Zugerörgeli (helvetic accordion) on one track."

ELUVEITIE will take part in the "PaganFest America: Part II" tour alongside Finland's folk freaks KORPIKLAANI as the headliners, Ireland's PRIMORDIAL, Finland's MOONSORROW, Canada's BLACKGUARD (formerly known as PROFUGUS MORTIS) and straight off the coast of the Atlantic Ocean, New Jersey's crazy pirate metal drunks SWASHBUCKLE as the opening party-starters throughout the tour.

Capital Chaos has posted video footage (see below) of ELUVEITIE's October 14, 2008 performance at Oakland Metro in Oakland, California. Also on the bill were KATAKLYSM, KEEP OF KALESSIN, DYING FETUS and DREAMING DEAD.

ELUVEITIE's latest CD, "Slania", was released on February 15, 2008 via Nuclear Blast Records. The follow-up to 2006's "Spirit" is "the perfection of the first album, but still there is enough room to give some new influences a chance," according to a press release. 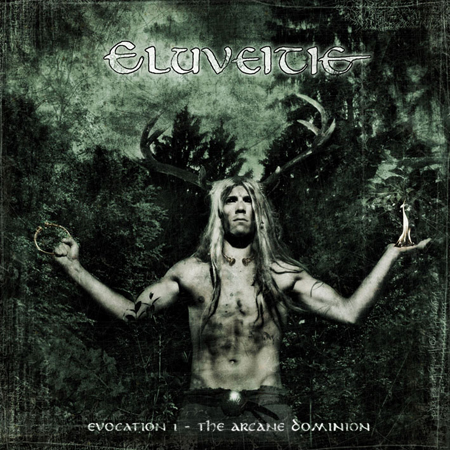