Visually intoxicating, uncompromisingly heavy and revered for making music and lifestyle one, ELECTRIC WIZARD has completed work on its new studio album, title to be confirmed; the effort will be the band's first release through Spinefarm Records.

Formed by vocalist/guitarist Jus Oborn in 1993, ELECTRIC WIZARD — based in the U.K.'s South-West — has thus far released seven studio albums — an increasingly influential body of work recorded on vintage analogue gear with as little technology as possible intruding on the signal ("Pro Tools is for pussies!").

Result: some of the heaviest, dirtiest, most evil-sounding audio ever put to tape, and more importantly to vinyl, with both "Come My Fanatics" (1997) and "Dopethrone" (2000) being lauded as landmark releases.

A cultural as well as a musical force, ELECTRIC WIZARD has left an indelible mark on a host of different genres, the likes of doom, stoner and sludge; at heart, however, they stand as an iconic British metal band, cast in the great tradition, with lyrics and artwork reflecting the hypnotic weight of the music, and subject to the same intelligence and detail.

Wreathed in occult ritual and drug-culture references, with classic '70s horror an inspirational seam, ELECTRIC WIZARD is poised to turn a page; there's the new deal with Spinefarm Records, plus — after a nine-year hiatus — the return of Mark Greening (the drummer on "Dopethrone"), who completes the lineup of Oborn, American guitarist Liz Buckingham, a key member since 2003, and new bassist Clayton Burgess (SATAN'S SATYRS).

Fueled by strong emotion and the harder sounds of late-'60s Detroit, the remodeled lineup — isolated by choice, giant stacks glowing red — set about crafting an eighth studio album to both rival and exceed the milestone recordings of the past, with Buckingham keeping things suitably monolithic and the band generally looking back to some of their earliest influences.

Toerag Studios in London was once again charged with capturing "The Sound," and (encouragingly) words like "raw", "hateful" and "sickeningly heavy" are being traded.

Says Oborn: "Our master plan is this. Real metal!! We stand for rebellion, we are with the kids; we fight, puke, smoke weed, etc...

"ELECTRIC WIZARD is an entity, with its own history, its own symbols, its own iconography, and with this new album, we wanted to return to basic values. It's primitive. We needed to claw it back down to the evil core — sex, drugs, violence, revolution... to go back to being a band that hung out and jammed hard. No teaching songs, just feeling them out.

"If you jam enough and you are on the same level — artistically, musically, whatever, you gotta be committed — then good music will happen. I totally believe that..." 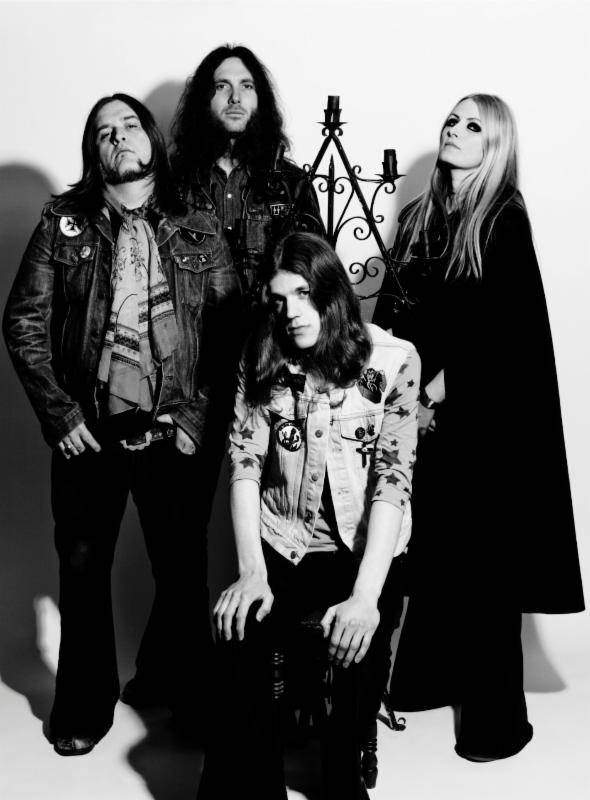