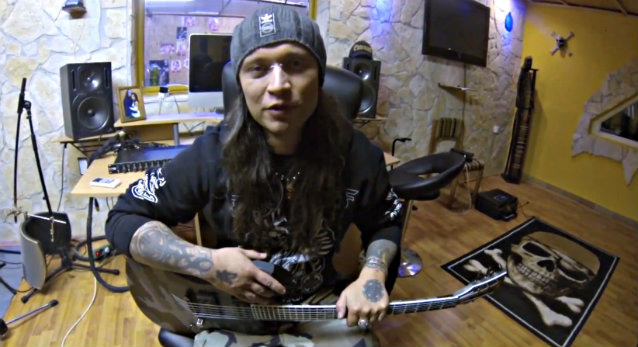 A new video message from Zoltán "Zoli" Farkas of Hungarian extreme metallers EKTOMORF announcing the release of the band's new album, "Retribution", can be seen below.

"Retribution" will be made available on January 31, 2014 via AFM Records. The follow-up to 2012's "Black Flag" is described in a press release as a "first-class fist-in-your-face album, displaying heavy grooves and sheer power in the best of ways. Refining and bringing things to perfection was the goal, and this has been achieved impressively."