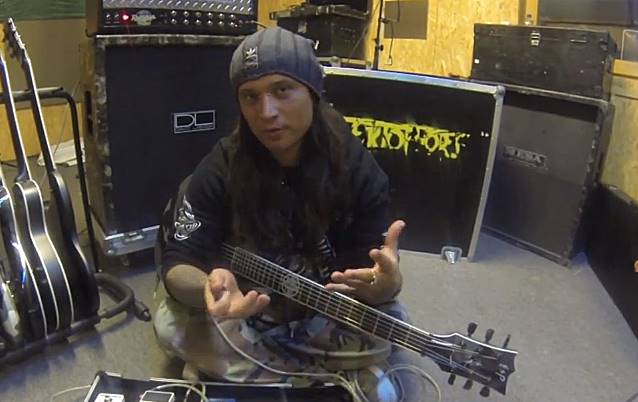 Part one of a track-by-track breakdown of "Retribution", the new album from Hungarian extreme metallers EKTOMORF, can be seen below.

"Retribution" was released on January 31 via AFM Records. The follow-up to 2012's "Black Flag" is described in a press release as a "first-class fist-in-your-face album, displaying heavy grooves and sheer power in the best of ways. Refining and bringing things to perfection was the goal, and this has been achieved impressively."

According to a press release, the song "Numb And Sick" gives another new flavor to a record that clearly points out that EKTOMORF, even 20 years after its foundation in 1993, is still a raging, energetic force with the intensity of a bulldozer.