VOICIANO is the new acoustic project of the EDENBRIDGE's Sabine Edelsbacher (vocals) and Lanvall (grand piano, acoustic guitars and other string instruments, percussion). The project's debut album, "Everflow", will be released this spring via the duo's own label and will only be available at the EDENBRIDGE webstore.

VOICIANO is based on acoustic instruments exclusively, mainly the grand piano. However, many other instruments like acoustic guitars, hammered dulcimer, kacapi, bouzouki, mandolin, saz and diverse percussion instruments, can be heard on the album. There is also a real string orchestra, Junge Philharmonie Freistadt.

The music for "Everflow" was recorded almost exclusively without click tracks — in other words, without any predetermined tempo — which accentuates the liveliness and soul of the songs. The piano parts were recorded live.

Says Lanvall: "The idea [for VOICIANO] was born after our EDENBRIDGE promotion acoustic show in Vietnam.

"In 2010, Sabine and I flew to Vietnam for a 10-minute showcase to perform three songs at the 1000 Years Hanoi festival. The simplicity of the whole process concerning the rehearsals and the show were pure fun for us. You just request a microphone and a grand piano, enter the stage and perform.

"When we came back, I went through my files and piles of sketches of numerous ideas, which remained unused to this point. I was astonished how many great songs I found in layouts in this acoustic form. This inspired me immediately to write completely new songs additionally."

Adds Sabine: "I always had the idea for a solo project with more balladesque songs. VOICIANO is exactly what I had in mind.

"In VOICIANO, my voice gets more room in all its nuances. This is what I enjoy, of course. Furthermore, I will bring myself in into the lyrics. The mystic atmosphere of our songs will remain, of course. I think we cannot do it differently; it's a part of us."

Sabine and Lanvall were also able to procure some great guests for the album. Most of them are longtime friends with prominent names.

Says Lanvall: "After the huge production of the last EDENBRIDGE album, 'The Bonding', it was extremely important to gain distance musically and be involved in something which is different.

"The reduction in the music and the process to record much of the music live gave me tremendous joy.

"I believe that everybody who loves EDENBRIDGE will love VOICIANO too, although it shows us from a completely different side.

"When I began to arrange the songs, I was immensely touched by the feeling and the souls of the songs. This inspired me to learn new instruments like the hammered dulcimer, which can be heard in a couple of songs and creates an own mystic atmosphere."

The "Everflow" cover artwork was created by Günter Leitenbauer and can be seen below.

Says Lanvall: "No, of course not. VOICIANO is a project among our main band, EDENBRIDGE, to live out this faible for acoustic music. All songs would also work with just vocals and piano in the live situation. I think that after this album I will also be really inspired for a next big EDENBRIDGE album!"

Adds Sabine: "I am convinced that we will attract a bigger audience apart from the metal scene with VOICIANO. Even better when they learn about EDENBRIDGE then. This will be a total win/win situation."

Concludes Lanvall: "With all the wonderful experiences we made with the crowdfunding action related to our last album 'The Bonding', where we were able to outfinance the whole orchestra costs. We wanna continue this way with our new project VOICIANO, and here even more than in the past. In recent times the relationship fan to musician/band is more important than ever. It was extremely enriching to see in the process of 'The Bonding', how many people wish to support 'real' music. Therefore we wanna bring in our fans to join in as part of a record label and advance suppliers, and came up with some special and interesting packages. With your pre-orders and sponsoring donations, you guarantee the best possible production of the VOICIANO album 'Everflow'." 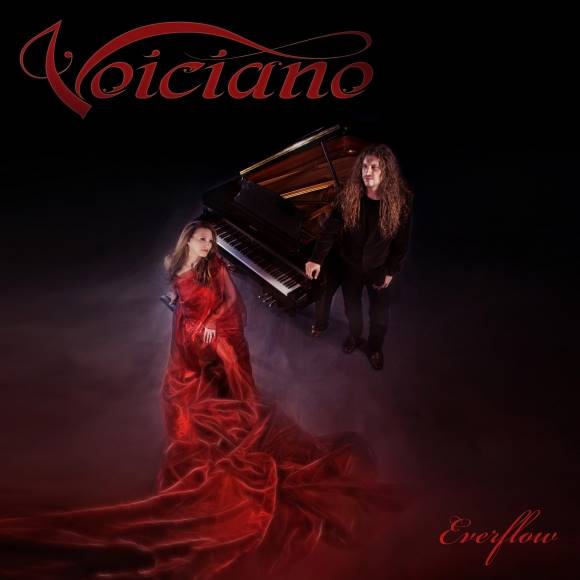