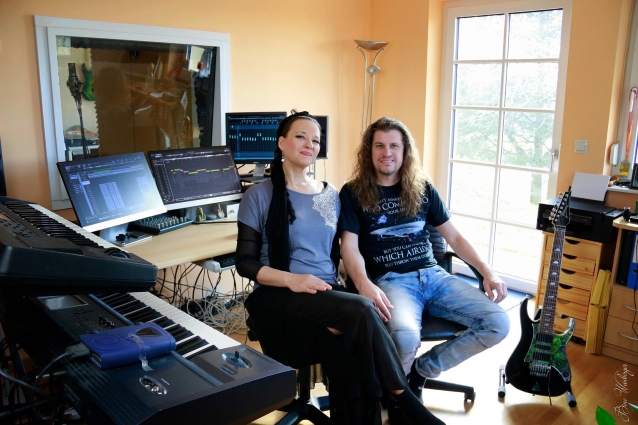 Guitarist/composer Lanvall previously stated about the new EDENBRIDGE LP: "The whole songwriting process for the new album took around 18 months, and I soon realized that we could bring the band sound to a new level. Our trademark sound, of course, is still there. Nevertheless, we have numerous interesting experiments on the album, where we explore new shores. Let it be the irish sounding song 'On The Other Side', the half-ballad 'Tauerngold' with its doom elements, or the 12-minutes epic long track 'The Last Of His Kind'. Even after the long songwriting and arranging process, I am still super excited with the new songs."

EDENBRIDGE has launched a crowdfunding campaign where fans can be part of the new album. Lanvall said: "Many of the packages we offer proved themselves over the years. This goes from normal name sponsoring to personal dedications, handwritten lyric sheets and guitar tabs, a personal telephone call to larger packages. Come to England to visit me in the studio during the mix and have a listen to the album long before its release. Come to our hometown Linz (Austria) and have an exclusive typical Austrian dinner with us, cooked by Sabine and myself. Spend a whole sightseeing day with Sabine and me in Vienna, where we guide you through this great city, or become 'executive producer' of the new album!"

EDENBRIDGE's ninth album, "The Great Momentum", was released in February 2017 through SPV/Steamhammer.