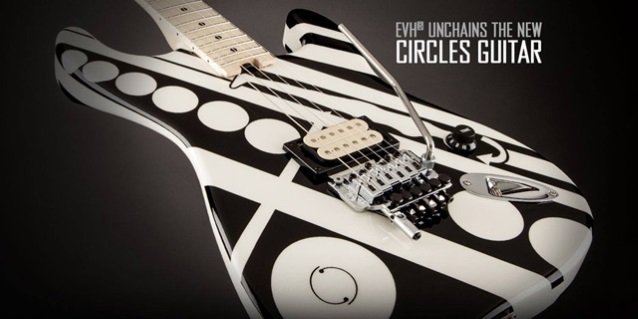 Eddie Van Halen has announced the release of one of the most requested guitars he has played over the years, the EVH Stripe Series "Circles" guitar made famous by VAN HALEN's 1981 "Unchained" music video.

With an otherworldly black-and-white "circles" graphic gloss finish, the EVH Circles model is without question one of the most distinctively eye-catching guitars in the Stripe Series lineup. There's nothing alien about the rest of this high performance tone machine, though, with its sleek Strat-like basswood body, rock-solid quartersawn maple neck with oiled finish, fast and smooth compound-radius maple fingerboard (12"-16") with comfortably rolled edges and 22 jumbo frets, a single ferocious EVH direct-mount pickup with single black plastic control knob (master volume), EVH Floyd Rose with D-Tuna bridge and locking nut, and EVH tuners.

For more information, go to evhgear.com.

VAN HALEN's most recent album, 2012's "A Different Kind Of Truth", sold 187,000 copies in the United States in its first week of release to land at position No. 2 on The Billboard 200 chart. 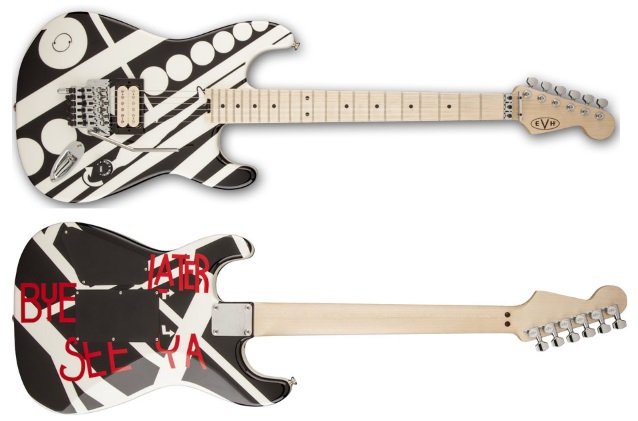