In a brand new interview with Billboard.com, VAN HALEN guitarist Eddie Van Halen revealed that he would love to record the follow-up album to 2012's "A Different Kind Of Truth", but that not everyone is on the same page about which musical direction the next effort should take.

"It's hard, because there are four people in this band, and three of us like rock 'n' roll," he said. "And one of us likes dance music. And that used to kind of work, but now Dave [Lee Roth] doesn't want to come to the table."

Regarding VAN HALEN's three-year union with EXTREME frontman Gary Cherone, who sang on the 1998 album "Van Halen III", Eddie said: "It was a strange thing with Cherone. We were getting ready to go on tour, and all of a sudden I see this John Travolta outfit — these big lapels and a crazy jacket. He's like, 'This is my stage outfit.' That's when I realized it wasn't going to work. But I don't dislike Gary at all."

Eddie also addressed a passage from former VAN HALEN singer Sammy Hagar's 2011 autobiography "Red: My Uncensored Life In Rock" that portrayed the guitarist as someone who displayed splashes of brilliance and moments of unquestionable virtuosity, but whose talents ultimately went to waste due to alcohol, drugs, lack of inspiration and laziness.

"I was an alcoholic, and I needed alcohol to function," Eddie said. "I started drinking and smoking when I was 12. I got drunk before I'd show up to high school. My ninth grade science teacher, he could smell the alcohol, and he told me, 'Don't drink anything you can't see through.' And I was like, 'So, vodka?' And he said yeah. Which was great, because that was my drink... I'm not blaming my father at all, but he was an alcoholic, too. So in our household, it was normal. But it never affected his work, although I guess it didn't affect my work, either. Around 2004, I suppose I became a very angry drunk. But [the stuff in Hagar's book] was definitely embellished. That's him painting a picture of something that never happened."

The guitarist went on to defend his decision to enlist his son Wolfgang to play bass for VAN HALEN following the dismissal of Michael Anthony.

"Every note Mike ever played, I had to show him how to play," Eddie claimed. "Before we'd go on tour, he'd come over with a video camera and I'd have to show him how to play all the parts." Van Halen also downplayed the role Anthony's harmonic backing vocals play in creating the group's signature sound. "Mike's voice is like a piccolo trumpet. But he's not a singer. He just has a range from hell," Eddie said. "Mike was just born with a very high voice. I have more soul as a singer than he does. And you know, people always talk about Mike's voice on VAN HALEN songs, but that’s a blend of Mike's voice and my voice. It's not just him."

Anthony, for is part, offered the following rebuttal to Billboard.com: "I am proud to say that my bass playing and vocals helped create our sound. I've always chosen to take the high road and stay out of the never-ending mudslinging, because I believe that it ultimately ends up hurting the VAN HALEN fans."

In October 2011, Hagar accused the band of using tapes of backing vocals originally done by Anthony on its 2007/2008 reunion tour, for which Anthony was replaced by Wolfgang. Hagar told Attention Deficit Delirium, "Those vocal harmonies on the last tour were Mike on tape. Mike should've reamed them for it. Wolfie don't sing like that, and Ed sure as hell don't. Go on the Internet and listen to Ed's voice live from the reunion with me. Hear him sing on 'When It's Love' and some of those songs. Ed can't sing, and his voice is shot if he can, from cigarettes and booze anyway." 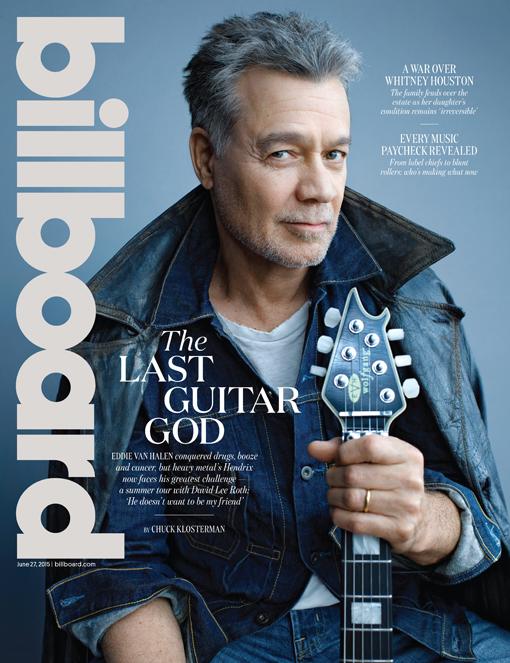