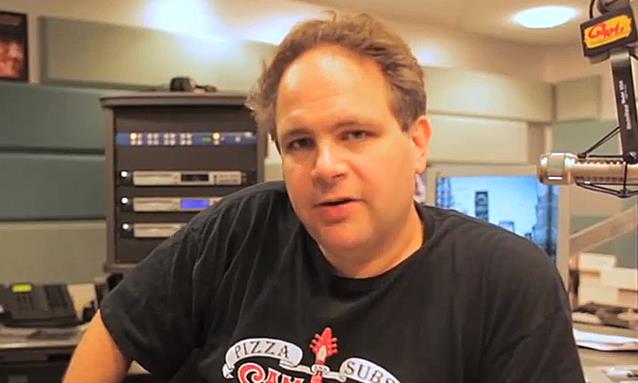 Eddie Trunk, host of VH1 Classic's "That Metal Show", was interviewed on the latest, hour-long episode of "Talk Is Jericho", the recently launched podcast of Chris Jericho, the world champion pro wrestler, actor, New York Times best-selling author and lead vocalist of the metal band FOZZY. You can now listen to the podcast at PodcastOne.com.

"Talk Is Jericho" premiered last month on PodcastOne, the leader in audio on-demand programing and a division of Courtside Entertainment Group.

Known as a "leading expert on all things hard rock and heavy metal," Eddie Trunk continues to entertain fans on the radio and as the host of VH1 Classic's hit television program "That Metal Show" with his passion for music. In the sequel to the bestselling "Eddie Trunk's Essential Hard Rock And Heavy Metal", Trunk picks up where he left off by featuring 35 new bands, both legendary and forgotten, and sharing his passion for all things metal.

Complete with his favorite playlists, band discographies, trivia, never-before-seen photographs as well as candid's and ephemera from Eddie's personal collection, this new book combines brief band histories with Trunk's unique personal experiences and anecdotes in a must-read for all fans of rock and roll. Featuring a diverse lineup, from Marilyn Manson and Ace Frehley to Lita Ford and WHITESNAKE, "Volume II" salutes all those who are ready to rock!

"Eddie Trunk's Essential Hard Rock And Heavy Metal Volume II" was made available on September 24, 2013 via Abrams Image, a division of Abrams.

In a recent interview with Pop Break, Trunk stated about "Eddie Trunk's Essential Hard Rock And Heavy Metal Volume II": "It is an exact sequel of the first book. It’s the same publisher. It's the same format, same exact layout, the discography, the 'Did You Know' stuff, and, of course, the exclusive live photography.

"So many people enjoyed the layout of the first book, how easy it was to read. So we didn't mess with the formula that people really liked. The only difference is the bands are completely different. The bands are a little deeper, a little less mainstream. So it's an out-and-out sequel. It's going to make a great companion piece to the first."

Trunk is the host of VH1 Classic's "That Metal Show" and is heard on two weekly radio shows: "Eddie Trunk Live", which airs on SiriusXM Radio's Ozzy's Boneyard channel, and the FM-syndicated "Eddie Trunk Rocks", broadcast live in New York City on Q104.3. He lives in New Jersey.