After a successful European tour in September 2008 with LORD BELIAL and GRAVEWORM, the band will be returning to the east of Europe to play the Romanian festival Rock City between August 20 and August 23 alongside the likes of AMON AMARTH, ANCIENT RITES, SIRENIA, AGATHODAIMON, HANZEL UND GRETYL and many more still to be confirmed. EASTERN FRONT has also just been added to the U.K. leg od the upcoming tour by the Norwegian black metal band TAAKE. Also scheduled to appear are HELHEIM and VULTURE INDUSTRIES. The dates can be found on the poster below. 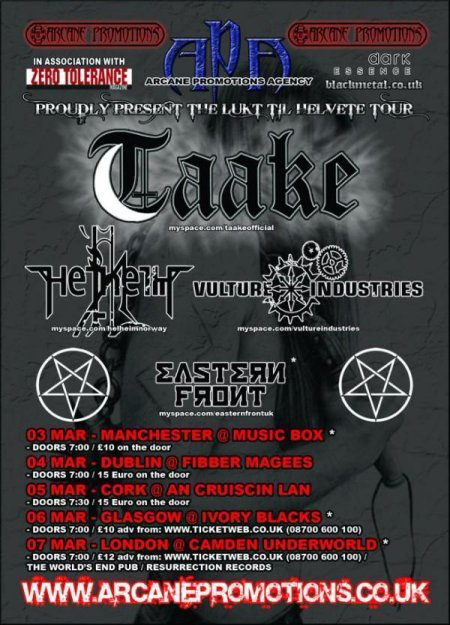