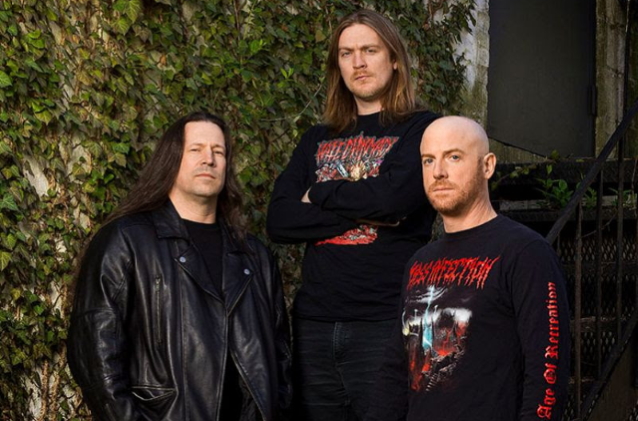 "Band In China", the second episode of the 23rd season of "South Park", mocks how Hollywood, specifically Disney, shapes film, TV and music to avoid Chinese censors in order to have art shown in the country.

Formed in 1991, during the height of the death metal explosion, DYING FETUS has matured into one of the premiere extreme death metal/grindcore acts to emerge from the massive global metal underground. Combining an innovative mix of technical virtuosity and catchy song structures to create the ultimate blend of death metal, hardcore and grind, the band is recognized worldwide as a prime example of songwriting perfection across eight studio albums. Their latest LP, "Wrong One to Fuck With" (2017), was hailed as a "menacing motherfucker" by Metal Injection.