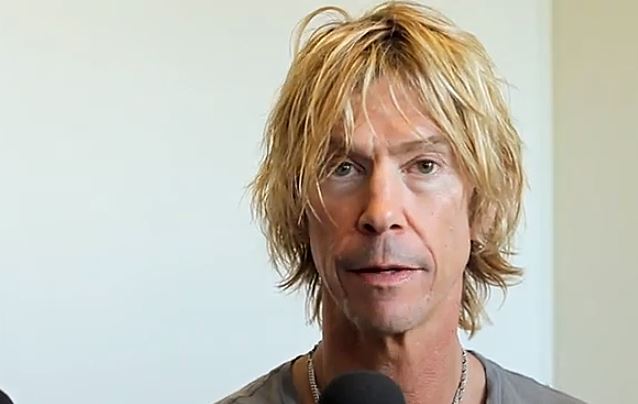 Ex-GUNS N' ROSES bassist Duff McKagan is rumored to be filling in for the band's current bassist, Tommy Stinson, during the group's South American tour. Stinson is scheduled to reunite with his original band, THE REPLACEMENTS, for two high-profile dates at Coachella in mid-April and is reportedly unable to make the GN'R shows.

Although there has been no official confirmation of McKagan's return to GUNS N' ROSES, the Argentine radio station Vorterix has reportedly announced that Duff will be at the Buenos Aires show. In addition, McKagan himself has hinted via Twitter that he will be present at the GUNS N' ROSES dates in Argentina, Paraguay, Bolivia and Brazil.

McKagan joined singer Axl Rose on stage for the first time in seventeen years at GUNS N' ROSES' October 14, 2010 concert in London. He also performed with the latest version of GUNS in December 2011 at Pacific Coliseum in Vancouver, British Columbia, Canada and at the Key Arena in Seattle.

Duff's band LOADED opened for GUNS at both the Seattle and Vancouver shows.

Rumors of a GUNS N' ROSES reunion with the classic lineup have been swirling for years. Rose told Billboard.com in 2009 that he doesn't ever expect to play again with guitarist Slash, saying, "One of the two of us will die before a reunion. However sad, ugly or unfortunate anyone views it, it is how it is." Slash stated about Axl: "He hates my guts. It's over a lot of different stuff; I don't even know. There's just no communication between us. I talk to Duff and Steven [Adler, drums], but when it comes to old GUNS N' ROSES, there really isn't anybody that makes decisions."