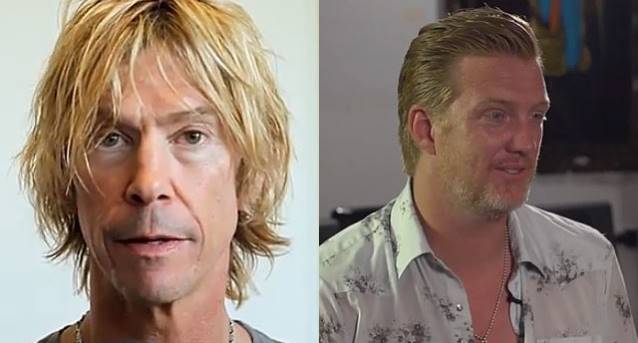 According to Radio.com, former GUNS N' ROSES bassist Duff McKagan, QUEENS OF THE STONE AGE mainman Josh Homme and ex-DEAD KENNEDYS singer Jello Biafra are among the musicians who will make appearances in the next season of the IFC sketch comedy show "Portlandia".

"Whether there is no shortage of celebrities who want to visit Portland, or 'Portlandia' has an endless number of friends, it's good news for IFC viewers and we're once again blown away by the creativity and talent this show brings to our air every season," Jennifer Caserta, president and general manager of IFC, said in a statement.

The fourth season of "Portlandia", which stars Fred Armisen and former SLEATER-KINNEY singer Carrie Brownstein, is set to premiere February 27 on IFC. The season will consist of ten episodes airing Thursdays at 10 p.m. ET/PT.