GUNS N' ROSES bassist and New York Times best-selling author Duff McKagan, backed by Shooter Jennings and his band, has announced a European tour in support of the "Tenderness" album.

"Tenderness" will be released on May 31. The disc sees McKagan reflecting on his experiences traveling the globe over two and a half years on GUNS N' ROSES' "Not In This Lifetime" tour. Encountering heartbreak, anger, fear, confusion and divide on his travels during this tumultuous time in our world history, McKagan channeled a collective hurt into songs of monolithic power.

McKagan and Jennings began recording "Tenderness" a year ago, working out of Station House studios, located in Echo Park, California, where they wrote and recorded in-between McKagan's tour with seminal rock band GUNS N' ROSES and the release of Jennings's eponymous album, "Shooter". "Tenderness" features Jennings and his band along with appearances by The Waters and The Suicide Horn Section (which features Duff's brother Matt McKagan on trombone), amongst others. 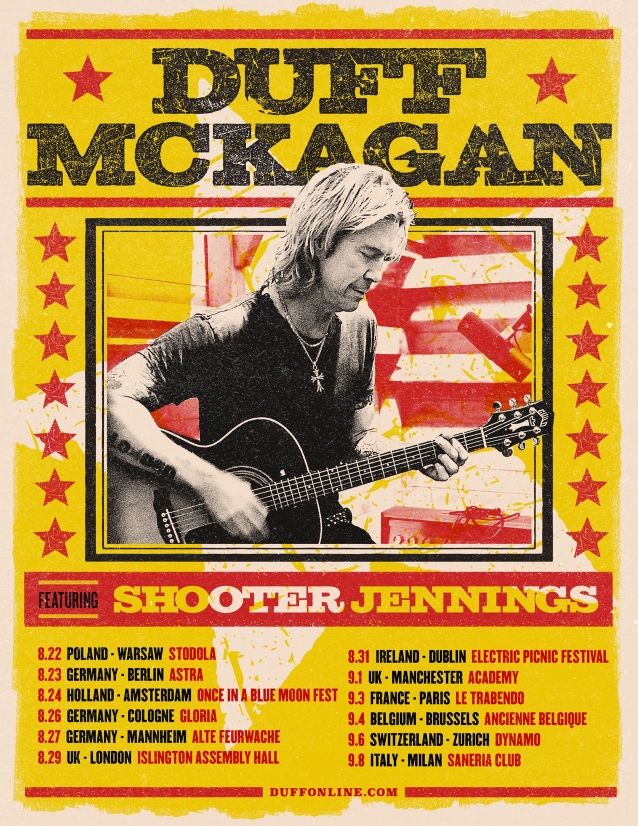