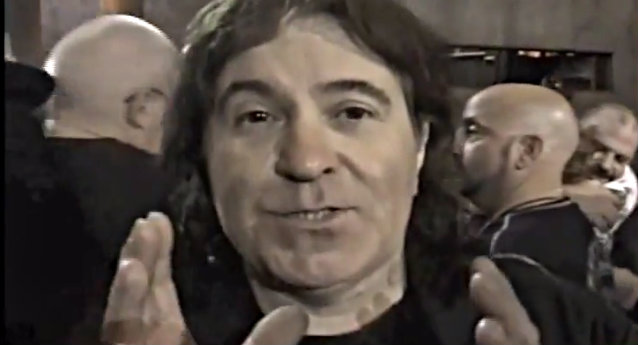 The first set of HELLION's new tracks was produced by legendary British studio icon Ken Scott, who has helmed iconic albums, including DAVID BOWIE's "Hunky Dory", "The Rise And Fall Of Ziggy Stardust And The Spiders From Mars", "Aladdin Sane" and "Pinups".

A top producer at Abbey Road Studios, Scott is also acknowledged as one of the five principal engineers for THE BEATLES. He has engineered countless classic works, including GEORGE HARRISON's "All Things Must Pass", ELTON JOHN's "Madman Across The Water", "Honky Chateau" and "Don't Shoot Me I'm Only The Piano Player". Other credits include gold and platinum albums by SUPERTRAMP, DAVID BOWIE, MISSING PERSONS and KANSAS.

In 2012, Scott released his autobiography, entitled "Abbey Road To Ziggy Stardust", co-written with Bobby Owsinski. Promotion for the book included a high-profile event at the Los Angeles Grammy Museum.

Scott recently said of the comparison between working with David Bowie and Ann Boleyn: "Working with Bowie or working with Ann of HELLION, you've got sheer talent."

Acknowledging Boleyn as the driving force propelling the band, Scott noted: "HELLION was a group of musicians, and over the years, the musicians have changed. The one musician that has always been the same is Ann. So once again, it's new musicians. The one constant thing about HELLION is Ann, and her incredible voice."

Said Wright of working with Boleyn and HELLION: "She's tried to stay true to that heaviness and a certain darkness. She's sticking to the same formula, just different musicians though."

HELLION is set to release a two-disc anthology entitled "To Hellion And Back" in March 2014. Earlier this year the band held a contest to name the album. In addition to music that HELLION has put out throughout their 30-year history, the anthology will also include one new song with the band's current lineup. A mini-LP of new HELLION music is also to be released in the spring.

HELLION will tour in North America, Europe, and the United Kingdom in 2014 and is expected to appear at a number of major festivals.