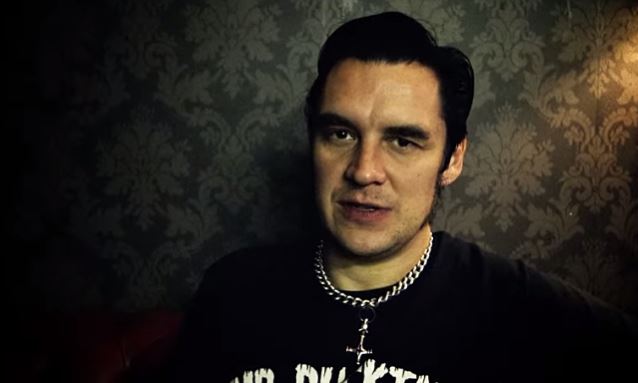 Due to his commitments with AT THE GATES and THE HAUNTED, drummer Adrian Erlandsson (pictured) will not be able to participate in the PARADISE LOST European tour or upcoming festival dates this year. However, British gothic metal pionners are "pleased to announce" that drumming duties have been left in the young capable hands of Finnish sticksman Waltteri Väyrynen, who is kindly stepping in to cover.

Says Waltteri: "No words can explain how excited, grateful and honoured I am to do all these shows with PARADISE LOST this year. The band has been one of my first and biggest influences ever since I was a little kid. Really looking forward to see all of you on the road! It's gonna be one hell of a year!"

PARADISE LOST's new album, "The Plague Within", will be released on June 2 (one day earlier internationally) via Century Media. The CD was recorded at Orgone Studios (GHOST, ULVER, CATHEDRAL, ANGEL WITCH) in London with producer Jaime Gomez Arellano.