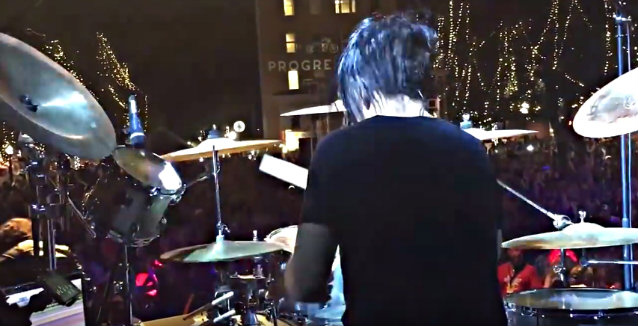 Drum-cam footage of KAMELOT's Casey Grillo performing with QUEENSRŸCHE can be seen below.

Grillo made his live debut with with QUEENSRŸCHE on April 1 at Sycuan Casino in El Cajon, California. He is filling in for regular QUEENSRŸCHE drummer Scott Rockenfield, who is taking time off from the band's touring activities to spend time with his newborn son, appropriately named Rockson.

QUEENSRŸCHE is tentatively scheduled to enter the studio in September to begin work on the follow-up to 2015's "Condition Hüman" album, to be released in early 2018 via Century Media.