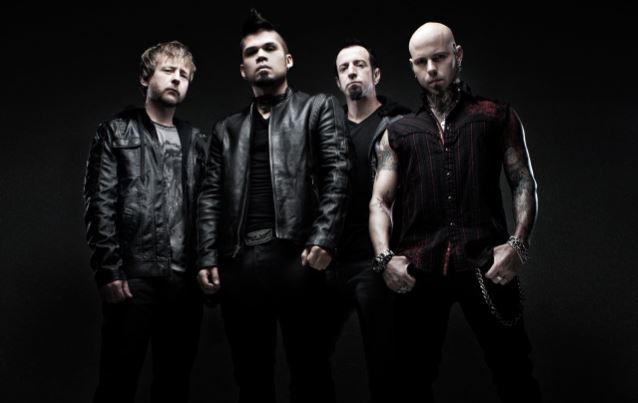 Texas heavy rockers DROWNING POOL have announced the "Not-So-Silent Night" U.S. headline tour which will visit several eastern and central U.S. cities during the 2016 holiday season. DROWNING POOL will be joined by special guests GEMINI SYNDROME, 9ELECTRIC and RED TIDE RISING. The trek kicks off on November 29 in Colorado Springs, Colorado and will come to a close just before Christmas with a Toys For Tots homecoming show at Trees in Dallas, Texas.

DROWNING POOL vocalist Jasen Moreno states: "I'm so stoked to announce our winter tour on home soil. Just returned from our first time in India where the crowds are insane — we had such a great time, now we just want to keep the party going! We really can't think of a better way to end our year than kicking some ass with our favorite peeps here at home. Get ready, 'cause we're headed y'all's way with our friends in GEMINI SYNDROME, 9ELECTRIC and RED TIDE RISING, and there will even be some select appearances by everyone's favorite 80-plus rocker, John Hetlinger. See you soon, America!"

DROWNING POOL is continuing to tour in support of its latest album, "Hellelujuah", which came out on February 5 via eOne Music. The follow-up to 2013's "Resilience" was recorded with renowned producer Jason Suecof (AUGUST BURNS RED, DEICIDE, DEATH ANGEL).

Moreno recently told I'm Music Magazine about "Hellelujuah": "Me and the rest of the guys definitely share [the] opinion [that it is the heaviest DROWNING POOL album since 2001's 'Sinner'] and it was intentional; we went into the studio with that mind set and frame of mind to make the heaviest album that we could and still be within the identity of DROWNING POOL. Obviously, we did not want to alienate any of the fan base by going full out crazy, but we tried to make it the most aggressive and heavy thing that DROWNING POOL has ever done. I hope everyone else feels that way too because that was the goal of this record."

Moreno also spoke about DROWNING POOL's collaboration with Suecof. He said: "It's the first time that any of us have worked with him. We had an early conference call with him and we just vibed; he really spoke the language. It really came across in the conversation that he was going to be able to help us capture what we were going for. We didn't have to try and bring him around to our way of thinking because he was already there. He's worked with a lot of heavy bands and he knew exactly what we were looking for and he knew how to get us where we wanted to be. So it was a no-brainer to work with him, and I think the proof is in the CD. We got pretty damn close with what we wanted to capture and he had a lot to do with that, so thank you, Mr. Suecof. At times, I wanted to strangle the dude and it wasn't because he's a jerk or anything like that. He's a very passionate guy and he was fighting for the record just as much as we were fighting for it. I think you can hear that passion in this record from everyone, not just us but from Suecof as well. He really gave it his all and we’re really grateful to have worked with him on this."

Regarding the "Hellelujuah" album title, Moreno said: "That came from our drummer, Mike [Luce], and he is notorious for his coffee rants, whether it's when we're writing or rehearsing or whatever. He gets on these rants and says all this really wild stuff. One day, we were tracking drums and he was all jacked out on coffee and he started throwing out all of these names. 'Hellelujah' happened to be one of them and we all pounced on it. It's a celebration and obviously a play on the word 'hallelujah' with a DROWNING POOL twist. It has that heavy metal bitterness, if you will; we're not trying to champion any über-positive messages on this record, so 'hellelujah' seem to sum it all up. It summed up all of that bitterness, anger and venom. It's been a rough ride for DROWNING POOL, you know?" 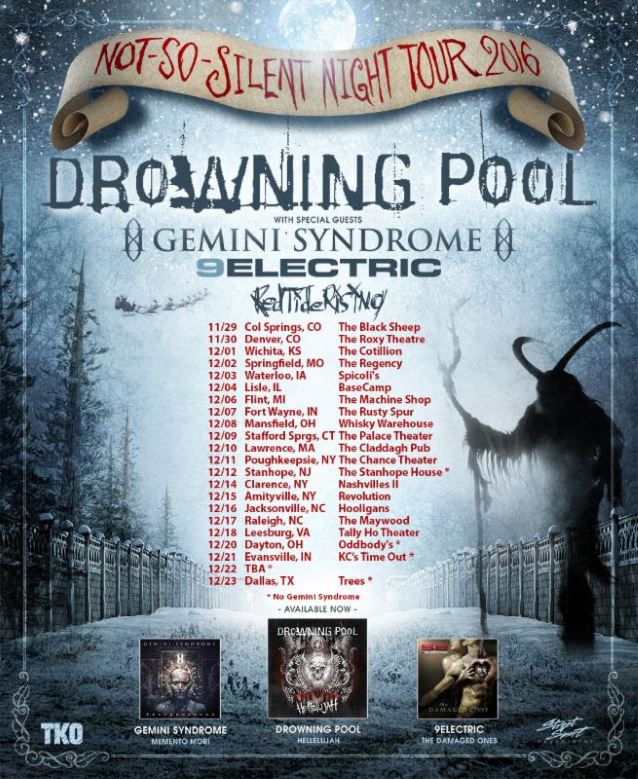